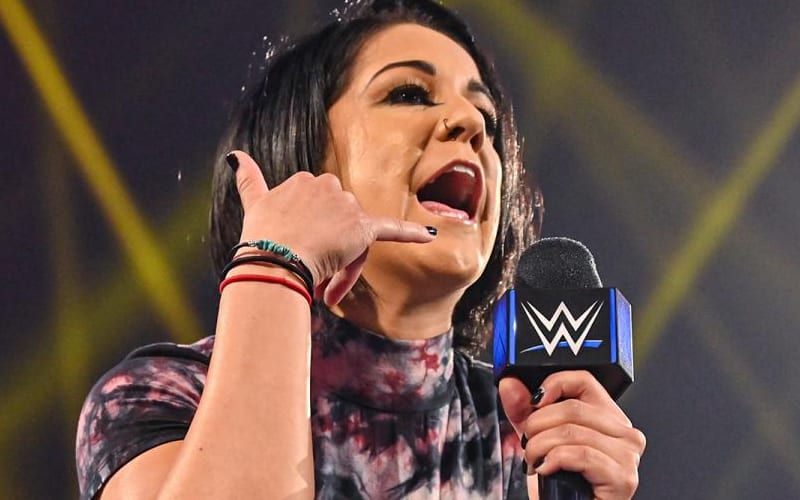 WWE’s biggest show of the year is coming up this weekend and Bayley is not booked. This is especially concerning for fans who saw Bayley as the woman who carried the women’s division through the pandemic along with Sasha Banks. Now she isn’t booked on the grandest stage of them all.

talkSPORT recently spoke to Bayley and asked her what’s going on with her spot on the Mania card. She has no words or even an explanation. Even if there is a plan we don’t know about yet, she’s not spoiling it.

“I cannot give you an honest answer, dude. I don’t know. I’m sorry guys, it just didn’t happen.”

“Even if there was something, I don’t know if I would tell you guys to spoil it. But yeah, it’s OK. I’ll be here for a long time. I might just jump the barricade and steal my own moment if they won’t give me one. I’ll just steal it.”

Bayley obviously realizes that fans want to see her at WrestleMania and nobody should lose hope yet. WWE still has one more episode of SmackDown to air before WrestleMania 37 so there’s always the chance that Bayley will still get booked.