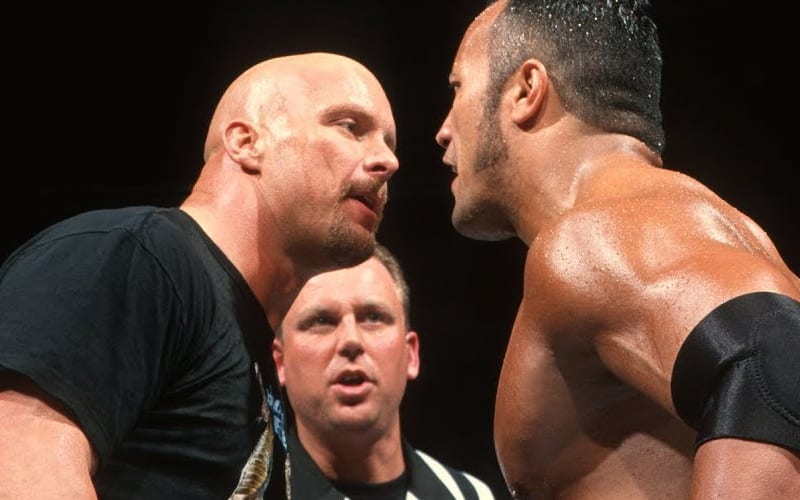 Seth Rollins was a fan during the Attitude Era and he saw WWE fight the Monday Night Wars. He also has his own opinion on who spearheaded that generation in WWE.

While speaking to Out of Character, Seth Rollins ran down some legends from the past. He gave The Rock all the credit in the world, but it was Steve Austin who really sparked the Attitude Era for Rollins.

“If you just go basically what they’ve done in WWE, you’re probably going to have to go [John] Cena. I think Cena. Gosh, it’s really toss up between Rock and Stone Cold. I’m gonna have to say Stone Cold on that. Probably Hogan and then probably [Bruno] Sammartino. Rock’s a fair argument, but I would argue that Steve’s impact on the WWE is bigger than Rock’s, especially during his time here because Rock had a pretty short run. He was really on top for not very long, and then he jettisoned out and now he’s the biggest movie star in the business.”

“So not taking anything away Dwayne, from DJ, from my guy but Austin was the bigger fan favorite in the late ’90s and really ushered in the Attitude Era, I would say, more so than anybody. And Rock was a big part of the Attitude Era in the back end of it but wasn’t necessarily the catalyst for it like Steve was. Steve was the catalyst for business being as good as it was, and he was the guy that was selling out the arenas and the t-shirts with the Austin 3:16 and all that. So yeah, that’s a tough one.”

This is likely to be a controversial opinion because most things Seth Rollins says sparks debate. The one thing we know for sure is that WWE history would be vastly different if Dwayne Johnson and Steve Austin never laced up their boots for Vince McMahon’s company.