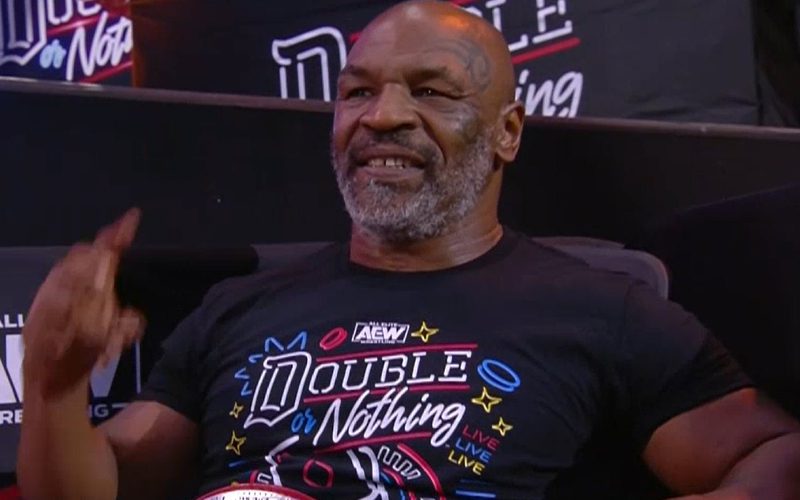 Mike Tyson was involved during Double Or Nothing and he showed up on Dynamite the next night. The World Champion boxer hasn’t been around since, but that streak of absences is about to end.

While speaking to Sports Illustrated, Tony Khan revealed that they are bringing Mike Tyson back to All Elite Wrestling. He didn’t reveal the date, but Iron Mike will return to AEW.

There are many reasons I wanted Mike to come back. He made a huge impact last year at Double or Nothing, and we’re at a point where we can bring him back in front of our fans. The fans who have come to the shows in Jacksonville have added so much to AEW, and it’s important for me that our fans get to see him live. We’re excited to have Mike back.

Chris Jericho and Mike Tyson might have unsettled business. Since Le Champion is a babyface that might change the dynamic a bit. It will still be just as interesting as ever to have Mike Tyson around.