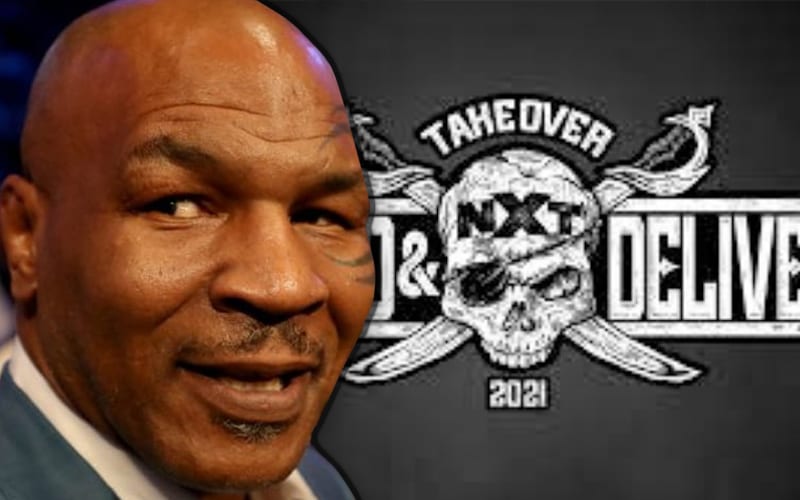 Mike Tyson is coming back to AEW and he’ll be here sooner than anyone could have expected it.

This Wednesday will mark the final week that AEW Dynamite and WWE NXT will be on in the same week. Without any warning, Tony Khan dropped a bombshell that Mike Tyson is returning.

The press release sent out by AEW noted the following:

No stranger to the squared circle, Tyson appeared at the DOUBLE OR NOTHING PPV event In May 2020, followed by a memorable AEW DYNAMITE episode where he brawled with Chris Jericho and The Inner Circle. Unlike last May, when there were no fans in attendance at Daily’s Place In Jacksonville, Fla., fans will now have the opportunity to see Tyson in-person this Wednesday night In a safe, live event setting.

WWE NXT is airing the first night of TakeOver: Stand & Deliver. That show will likely draw a lot of interest. AEW is obviously pulling out all the stops that they can to bring in Mike Tyson, but they didn’t give a lot of time to advertise.