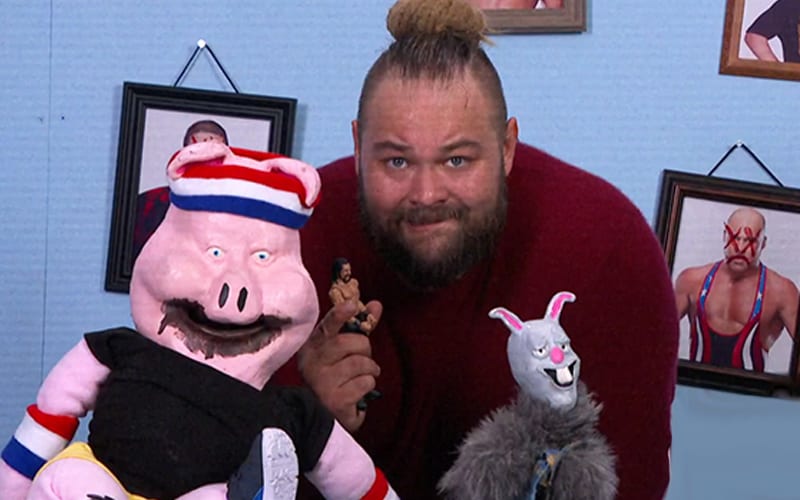 WWE sees a lot of stories going around and we must shut one down before it spreads any further.

A report is out there saying that WWE kept Bray Wyatt off television for so long, prior to his 2019 return as The Fiend, as a punishment. This report stated that Wyatt was being punished because “his divorce was very, very public and WWE was dragged into the proceedings to disclose Wyatt’s earnings.” We can confirm that this is 100% false.

Ringside News asked around about this report to see if there was anything to this story. It turns out that there is a lot there, and it is all made up.

We have been told that the report about Bray Wyatt being punished due to his divorce is totally false. A tenured writer, with very close knowledge of this situation, requested that we post their response in full.

“Stories like that are clickbait. They are especially troubling because there are people who actually believe the fake news and even more troubling because search engines pick up and then the false information is spread worldwide. They don’t just drive traffic. They affect the lives of performers’ families and one of these writers will end up being sued, if not the websites that repeat these un-sourced or fake-sourced claims.”

Some reports going around don’t affect the personal lives of those involved. This one was different, so we felt it needed to be addressed.

Bray Wyatt received no heat in WWE due to his personal life. He did return in 2019 to reinvent himself with the Firefly Fun House, a storyline that is still evolving to this day.