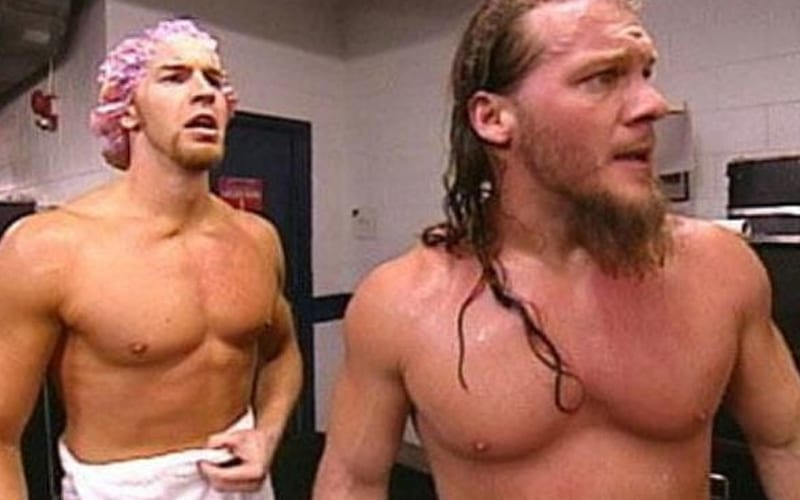 Vince McMahon is the Chairman of the WWE and has a very stringent view on how he conducts things in his company. Sometimes it leads to very bizarre angles as fans have seen over the years.

During the Attitude Era, Chris Jericho and Christian were a tag team together and were the tag team champions. On an episode of Monday Night RAW, Christian and Jericho were locked out of the locker room while they were in their towels and their bags were also missing.

While speaking on Talk Is Jericho, Christian and Chris Jericho talked about that particular segment. They revealed that Vince McMahon wanted them completely naked in the segment on WWE television.

“Earlier in the day, we were told they were going to steal our gear bags. Vince Mcmahon suggested that they should have women’s lingerie in those gear bags because he thought it was funny. I wondered if now we are a cross-dresser. How is that funny?”

“Here is the best part and I am still convinced to this day that you were going to go for it because you are such a good company man. Vince wanted us to go out to the ring in our towels because all our gear was stolen and throughout the show, we were trying to find where our stuff is. And we go to the ring where Bubba has our stuff and Spike comes and pulls our towels off. And Vince wanted us to be completely naked.”

Both Jericho and Christian went on to have tremendous careers in WWE and are now both working in AEW.