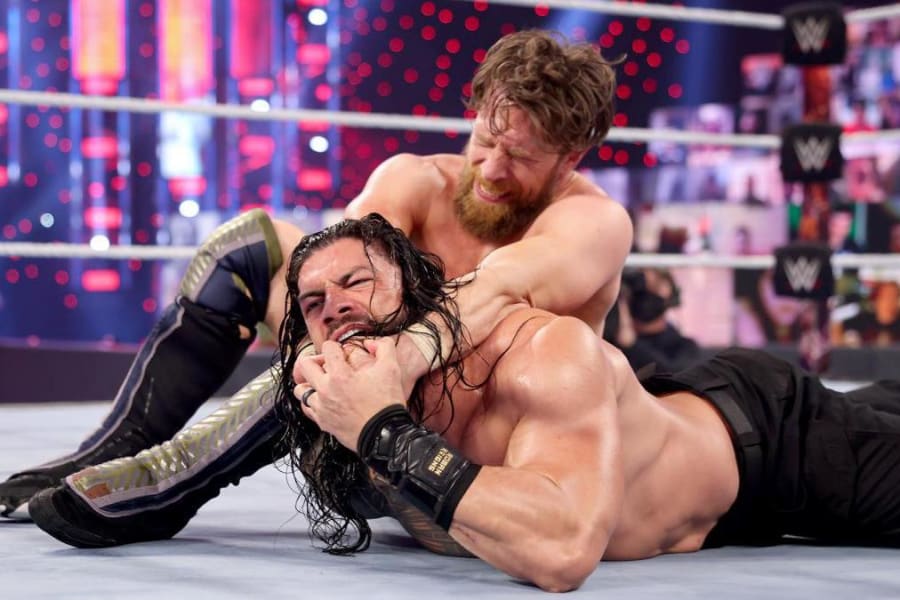 Roman Reigns is undoubtedly one of the most established Superstars in the company. As seen on WWE Fastlane, Reigns defended his WWE Universal Championship against Daniel Bryan.

Towards the ending of the match, Roman Reigns tapped out after Bryan applied the Yes Lock but there was no referee to see it.

While speaking to ESPN’s Ariel Helwani, Roman Reigns denied tapping out and said that he was actually sending morse code to Paul Heyman as his mouth was covered.

“I told Paul (Heyman), I’m over here hitting Morse code to Paul. He had my mouth covered. We’re so like in tune with history and everything, I was Morse coding with him, telling him to fire up a jet. That wasn’t a tap. And you’re from the MMA,, they do (taps his shoulder) – that’s a tap, like you can hear the tap. I was just telling Paul, that’s all that was.”

Reigns is scheduled to defend his WWE Universal Championship against Daniel Bryan and Edge at WrestleMania 37 next week. We will have to see if he can retain the title at the event.