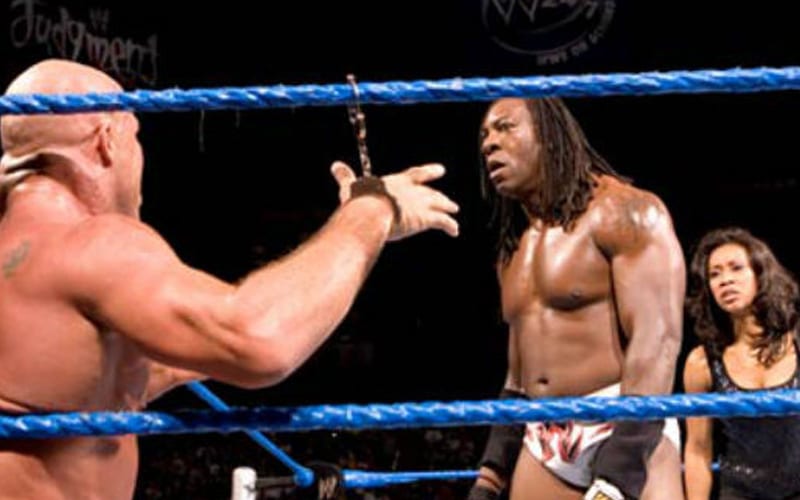 WWE Hall Of Famer Kurt Angle is a true legend in the world of pro wrestling. During his time in WWE, he was engaged in a storyline with Booker T and Sharmell. Angle was portrayed as a stalker who went after Sharmell.

It seems Kurt Angle regrets the storyline. While speaking on ‘The Kurt Angle Show’ podcast, Kurt Angle revealed he felt really uncomfortable during the angle with Booker T and Sharmell.

Angle stated that the storyline didn’t do his character any favors.

“No, they didn’t have me do anything too crazy, but you know, my angle with Booker T and Sharmell. I wasn’t comfortable with that. I still did it because they wanted me to, but I actually wish I wouldn’t have done that. I didn’t think it did anything for my character. It might have drawn a little bit of heat, but it wasn’t good heat (laughs); it was pretty bad heat. So, other than that, I didn’t regret anything else I did, and I didn’t turn anything down.”

Regardless of the storyline, Kurt Angle went on to have an amazing career in pro wrestling before officially retiring at WrestleMania 35.