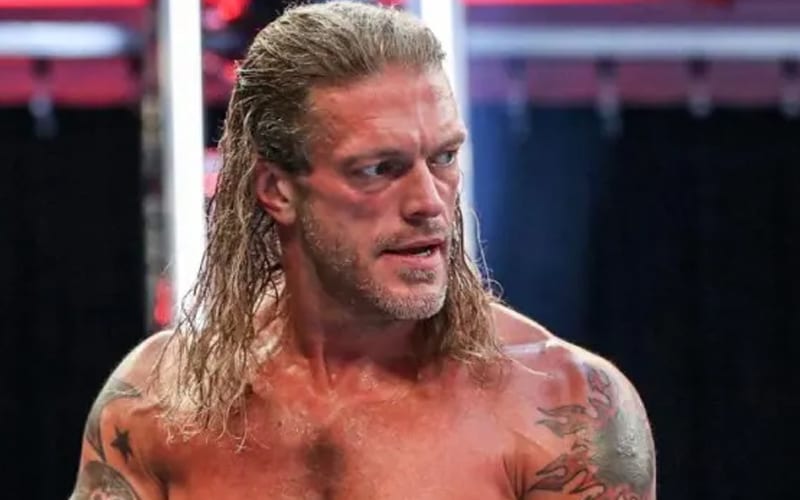 WWE Hall of Famer Edge remains one of the most popular Superstars in the company’s history. During the height of his heel run in 2006, Edge had a live sex celebration with Lita and that is certainly not that the current PG WWE product wants to acknowledge.

While speaking to Jimmy Traina of the Sports Illustrated Media Podcast, Edge said he hasn’t thought much about Peacock censoring the live sex celebration segment with Lita.

“You know, I don’t really think about it! To be honest I think it’s just one of those I just think I kind of erased [from my mind], I don’t put a whole lot of thought into it to be honest.”

Edge added that sex scenes from other TV shows are not censored often but pro wrestling “gets put into a different category” for a weird reason.

“But I guess if you’re looking at it from the terms of, it’s a TV show, right, so you go ‘OK. Well, if you look at a movie, there’s sex scenes.’ I was on Vikings, and Vikings is going to be on Peacock as of today, my character beheaded people and put their heads on spikes. Didn’t really! But I also didn’t really have sex in the wrestling ring.”

“So I think that’s a confusing thing with wrestling. For some reason it gets put into a different category than another production. I’ve never fully grasped that, but I don’t think anybody ever fully grasps where do you put it?”

Peacock is cracking down on various segments from the Attitude Era as they have already edited out the infamous DX parody of The Nation of Domination from 1998. We will have to see if the live sex celebration will be censored or not.