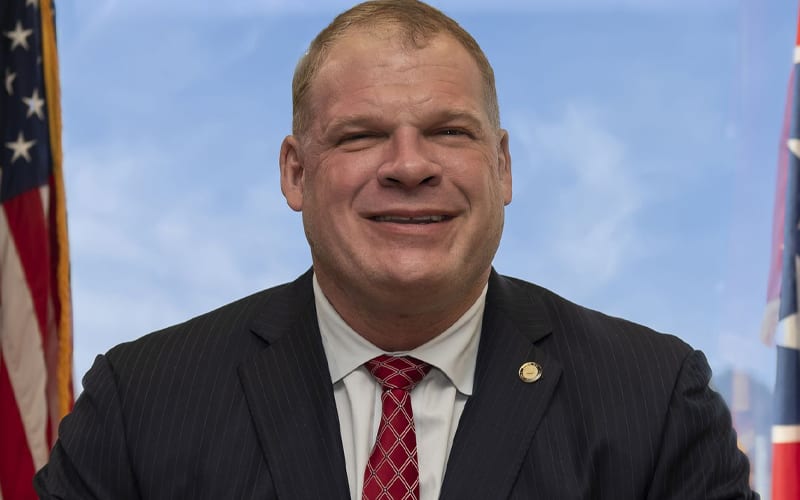 Kane is a WWE Hall of Famer in the class of 2021. This was a big moment for him and well-deserved. He also received another big mention for this very big career accomplishment.

Glenn Jacobs is also a politician, Mayor of Knox County Tennessee, and he’s looking for re-election. He was also honored in a Senate Joint Resolution recently.

“When he is inducted into the WWE Hall of Fame, Kane will take his rightful place alongside such legends as Ric Flair, Hulk Hogan, Bret Hart, and Dusty Rhodes; both Kane and his real-life alter ego, Mayor Jacobs, are worthy of our praise and recognition on this special occasion.”

It meant a lot to Kane for The Undertaker to reveal his Hall of Fame induction. We’ll have to see if this resolution goes any further, but it was a very cool mention for Kane and it also shows how much his hard work is appreciated.