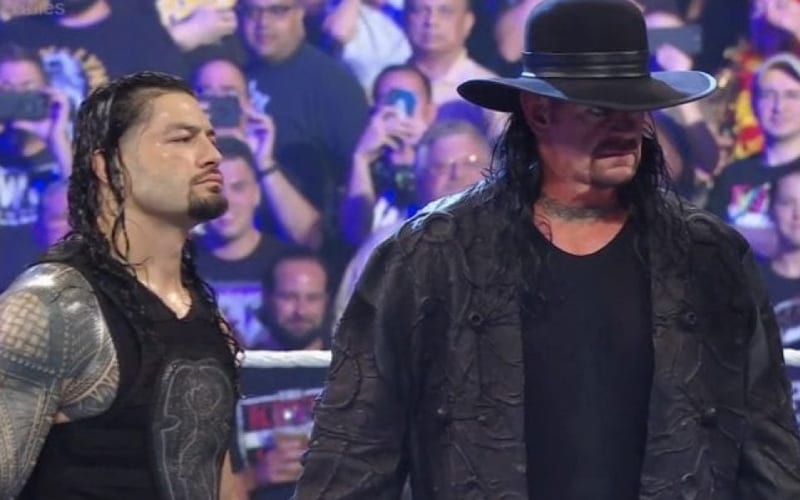 Roman Reigns defeated The Undertaker which handed him his second WrestleMania loss. If you ask The Undertaker and Kane, that should have been the end of The Deadman’s streak, and not Brock Lesnar.

As part of the new Brothers of Destruction documentary on the WWE Network, The Undertaker and Kane briefly discussed how they wish things would have gone.

Kane then agreed with his kayfabe brother: “Yeah. I just feel that it would have made a Roman, you know, it would have put even more luster on that.”

Vince McMahon obviously had a different direction for things and history played out the way it did. It could have also changed Roman Reigns’ direction in a big way if he was the first to hand Undertaker a WrestleMania loss instead of Brock Lesnar.