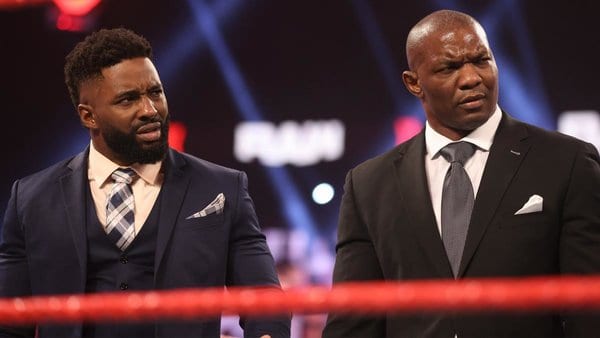 As seen on this week’s episode of Monday Night RAW, The Hurt Business shockingly broke up as Lashley kicked out both Shelton Benjamin and Cedric Alexander from the faction.

This was certainly a surprising moment as no one expected it. At one time all active Superstars in The Hurt Business had championship gold, but Benjamin and Alexander lost the RAW Tag Team Titles to The New Day. It is likely this led to them being kicked out of the faction.

While speaking on RAW Talk, MVP explained why Shelton Benjamin and Cedric Alexander were kicked out of the faction. He simply stated that it was a business decision and was nothing personal.

“They were given opportunities to show their value to the company. They didn’t get the job done and were given the pink slip. It’s just business, nothing personal. Every corporation has to drop dead weight.”

Now it seems the faction is looking to recruit new members. With King Corbin making his shock appearance on WWE RAW this week and laying out Drew McIntyre, we wonder if he will be added to The Hurt Business.