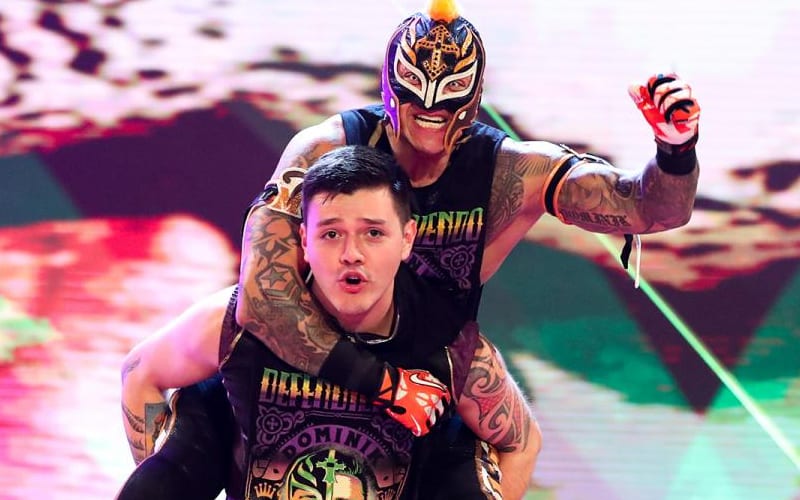 Rey Mysterio is very proud of his son Dominik and he wants the most for his career. He even reportedly turned down an AEW deal for his son’s sake. Now the two could be in line to get a tag team title shot on the grandest stage of them all.

It appears that the possibility is there for a multi-team match at WrestleMania with the SmackDown Tag Team Titles on the line. Rey and Dominik Mysterio certainly want those titles.

During an interview backstage following SmackDown, Rey Mysterio talked about how much holding tag team gold with his son would mean to him.

“It just means one thing, that we are much close to becoming tag team champions. For me, it would be the ultimate accomplishment and not only as a competitor, but as a father, to be tag team champions with my son.”

This would mean the world to Dominik as well. He asked when is the last time anyone saw father/son tag team champions. This is obviously something that the Mysterios are going to fight very hard to accomplish at WrestleMania.