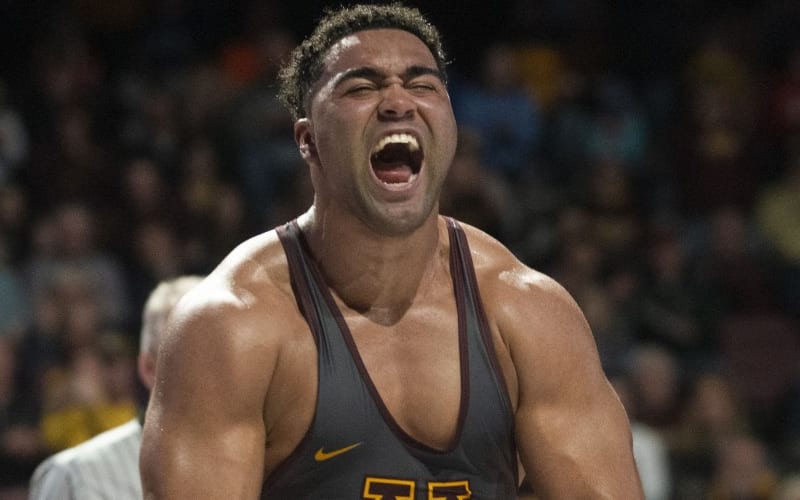 Gable Steveson is the reigning NCAA Division I National Champion and a two-time Big Ten Conference champion. He also has a big announcement coming and it seems like his eyes could be set on WWE.

Steveson and Brock Lesnar have trained together in the past. Many have taken notice of Steveson and it appears that he is ready to drop some news on the world. The blue chip athlete posted two tweets on Sunday. One said he has an announcement and a follow-up a few hours later seemed to indicate what kind of news he has to reveal.

I am going to be the biggest star @wwe has ever had.

We’ll have to see what Gable Steveson can do in WWE. The WWE Performance Center is getting full and there is some big competition right now, namely Brock Lesnar look-alike Parker Boudreaux and second generation star Bronson Rechsteiner. Odds are Gable Steveson will fit right in wherever he decides to go next.