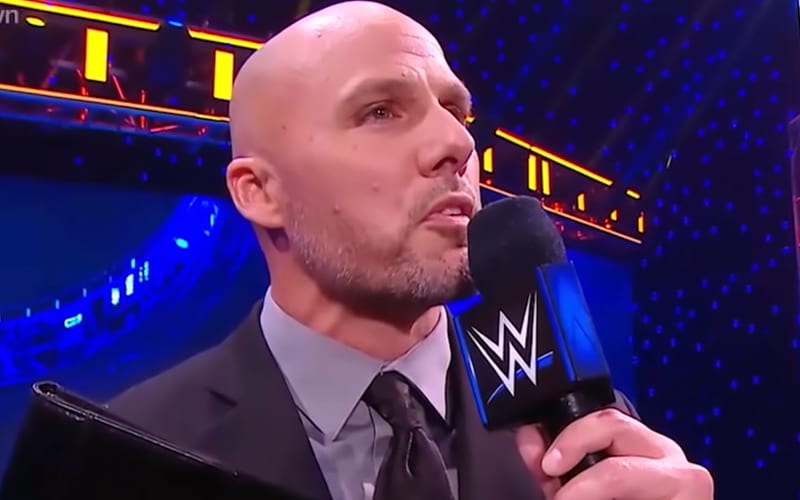 WWE did away with on-screen authority figures like General Managers when The McMahon Family announced that fans were the real authority. In recent memory, Adam Pearce has played a part similar to an authority figure by booking matches and dealing with backstage responsibilities on-air. There is apparently a difference.

The PWI Podcast recently had Adam Pearce on the show where he addressed this question about his current on-screen role in WWE. He said that there are no more GMs. He doesn’t have any absolute power as an authority figure and that might be for the best.

“I think, first of all from a personal standpoint, it’s a departure from some of the characters you mentioned already. I think largely the authority figure role in recent years especially, has been that of someone who looks down their nose. They are the establishment. They are the authority. They are the overarching control of everything that doesn’t hesitate to put their foot on the throat of everyone under them. I’m really the opposite of that in the sense that I am a WWF official. I am not a General Manager.”

“There are no General Managers. I don’t necessarily have the power that would be as absolute as it has been in the past and perhaps because of that, I’m not as corrupted by that power. I’ve always tried to, given what the marching orders tend to be, play it as straight as I can and to be as impartial as I can.  That, in and of itself, is so different from an attitudinal standpoint from what people are used to from this kind of character. That, by definition, is different.  It doesn’t feel the same because it isn’t. That allows me the latitude to take this wherever it goes organically on its own as opposed to being driven by what might be on paper.  We’ll see where it goes. It’s interesting. It’s fun and it’s fresh and I hope it continues to feel that way for everybody”

We’ll have to see how WWE handles this situation in the weeks to come. It seems that Adam Pearce is going to have as much power as WWE needs to give him in order to make the angles work at this point.