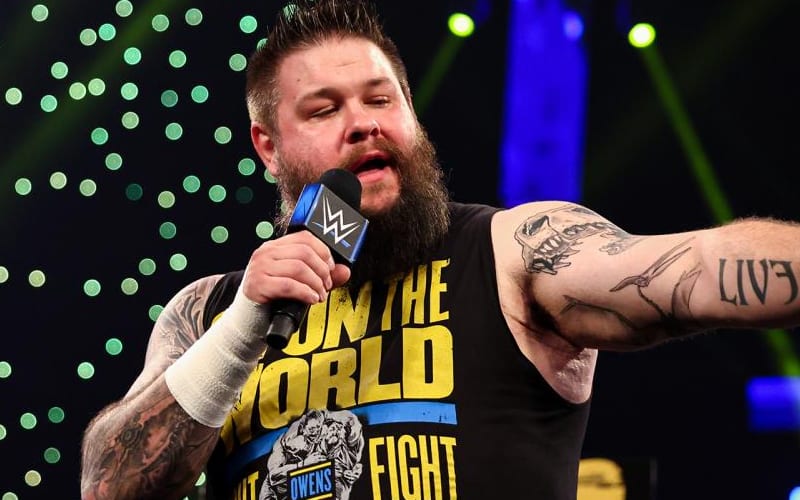 Kevin Owens is busy at WrestleMania with Sami Zayn, but he might find a way back around to the Universal Title.

During Talking Smack, Kevin Owens appeared as a guest on the show. He had some words for co-host Paul Heyman, Special Counsel to the Tribal Chief, and Owens has a plan to get another match with Roman Reigns. It might just include him winning Money In The Bank to make it happen.

Kevin Owens then thanked everyone before leaving. Hey said “lovely as always” to Paul Heyman. Then Heyman went to shake Owens’ hand, and he just handed him his microphone instead.

We’ll have to see what happens after WrestleMania, but Kevin Owens seems to already have his eyes on Money In The Bank.