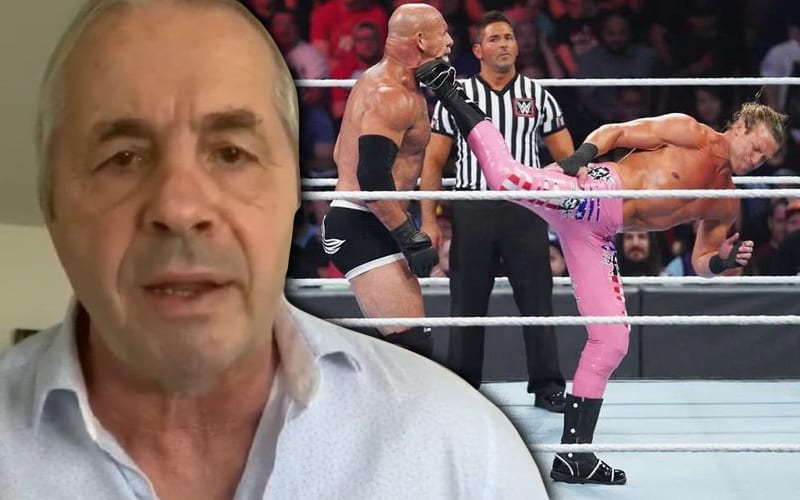 WWE sent down an edict that Superstars aren’t allowed to slap their legs anymore while delivering kicks. This has taken away a tool of the trade for many stars, but Bret Hart thinks it should have been nixed years ago.

The Asylum Wrestling Store recently spoke to Bret Hart when the new ban on leg slapping came up. The Hitman confessed that “enough is enough.” He was tired of seeing leg slapping in “every match” and he was hearing that sound where it didn’t belong as well.

kicks and stuff. But come on, enough is enough, in every match. You see guys do stuff and you’re going, ‘That wouldn’t even make a slap sound.’ When you punch somebody in the jaw, it’s not a slap sound. You know, it’s a different kind of sound and you’re making a slap sound for everything. Every single move you do is a slap sound, slap, slap and I totally agree. I’m glad they put their foot down on that but they’re like ten years late. They’ve already kind of in a lot of ways, sadly, ruined wrestling by making it so fake.”

We’ll have to see how long this ban stays in place. It seems that Drew McIntyre is the only WWE Superstar who can get away with a leg slap at this point, and that’s just during his Claymore Kick. Bret Hart won’t be a bit disappointed if he never sees another misplaced leg slap again.