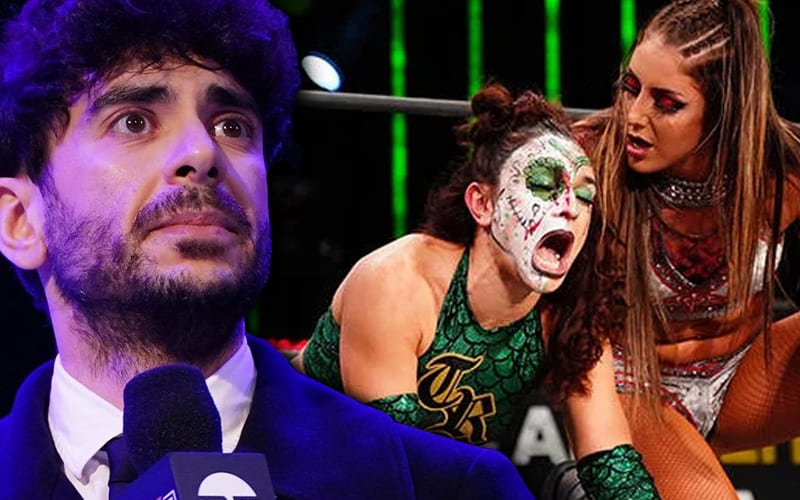 Britt Baker and Thunder Rosa tore each other apart in AEW’s first-ever unsanctioned women’s match. They went all out in their match, but Tony Khan wanted them to rein things in a bit.

The Wrestling Observer Newsletter noted that there were some spots that Tony Khan wanted Thunder Rosa and Britt Baker to cut out of their match. Then they spoke to coach Jerry Lynn and Khan before they were allowed to do what they wanted.

In the last week’s Britt Baker vs. Thunder Rosa match, Tony Khan tried to talk them out of doing a few things but Baker and Rosa both talked Khan and Jerry Lynn (the producer of the match) to allow them to do what they wanted

It’s unclear which spot Tony Khan didn’t want them to do, but they were apparently allowed to present the match as they envisioned it. The match also came out the way it did because those competitors pushed for it backstage. That only adds to how important that match was for everyone involved.