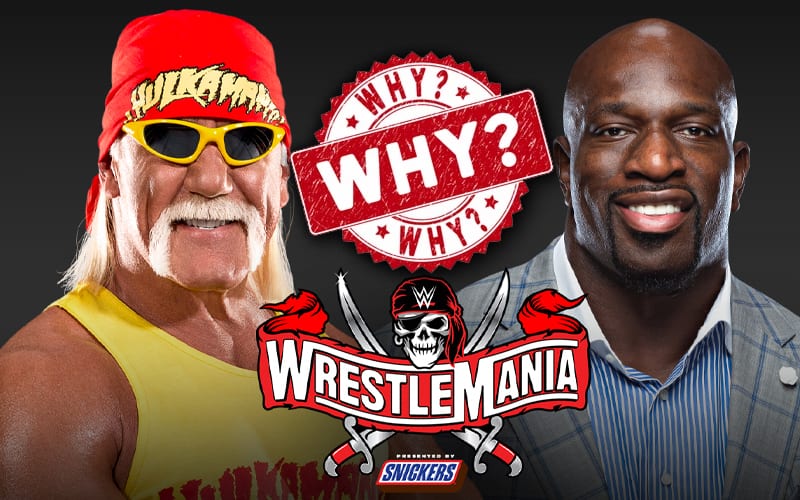 Hulk Hogan will make his WrestleMania return this year as co-host for WWE’s biggest yearly event. Titus O’Neil will share hosting duties with The Hulkster, but it wasn’t O’Neil’s deep ties to the Tampa community that got him the gig.

Years ago, Hulk Hogan was involved in a lawsuit against Gawker for publishing a sex tape that was recorded with a home surveillance camera without his knowledge. Unbeknownst to him, but not granting any sort of excuse, Hulk Hogan could be heard in that video saying: “I am a racist… f***ng n*****s. I mean, I’d rather if [Brooke Hogan] was going to f**k some n*****r, I’d rather have her marry an 8-foot-tall n****r worth a hundred million dollars!” “I guess we’re all a little racist. F*****g n****r.”

WWE removed Hulk Hogan from their history and the Hall of Fame for years after that scandal. He was even a judge on Tough Enough at the time, but they removed him from that show as well. WWE has started to integrate Hogan back into the programming in recent memory.

Hogan later “apologized” to the WWE locker room with a speech that ended up becoming a reminder that you never know when you’re being recorded. Some didn’t accept his apology as genuine.

The Wrestling Observer Newsletter noted Hulk Hogan’s WrestleMania 37 role. It was said that the reason that WWE placed Hogan with O’Neil in an attempt to squash any backlash for booking Hulk Hogan to begin with.

Hulk Hogan and Titus O’Neil were announced as co-hosts of WrestleMania. O’Neil was no doubt put in the position to counter any backlash on using Hogan in that spot this year.

There was plenty of backlash when Hulk Hogan and Titus O’Neil were announced as WrestleMania hosts. Fans even cried out for Bayley to take Hogan’s spot.

The subject of racism in America received a huge spotlight in 2020 as Black Lives Matter protests took place across the nation following the killing of George Floyd. WWE obviously hopes that Hogan’s WrestleMania role will come without backlash. So far, they aren’t doing a great job of that.