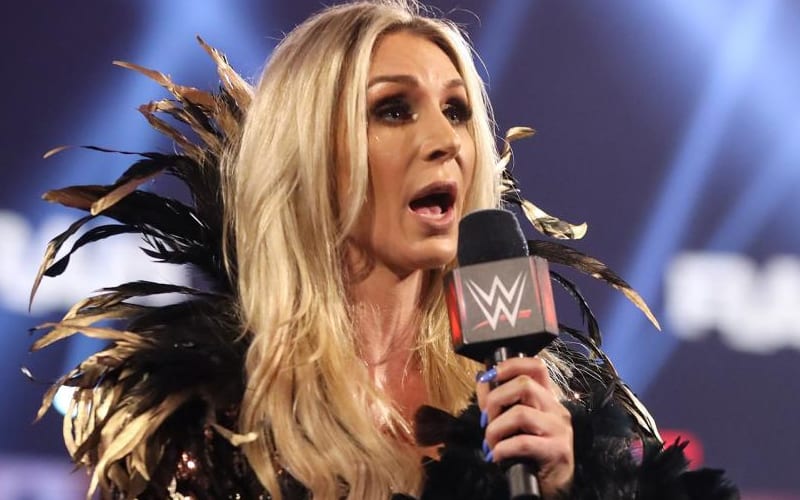 Charlotte Flair hasn’t been on WWE television for a couple of weeks. She revealed a positive COVID-19 test kept her out of action. WrestleMania is coming up in a few weeks and it already cost her WWE’s planned match for the RAW Women’s Title.

According to the Wrestling Observer Newsletter, there is still a chance that Charlotte Flair will be able to work WrestleMania. She missed the March 15th and March 22nd episodes of RAW, but it was said that “she is getting better.” That is a good sign that she could still make it back for the road to WrestleMania.

We’re told she is getting better. She was slated for a match with Asuka at WrestleMania. I suppose it’s possible to add her and they wanted to announce a match.

This all depends on how soon Charlotte Flair can make it back to television. We’ll have to see what WWE figures out for The Queen. They took her image off of the WrestleMania graphic for precautionary reasons.