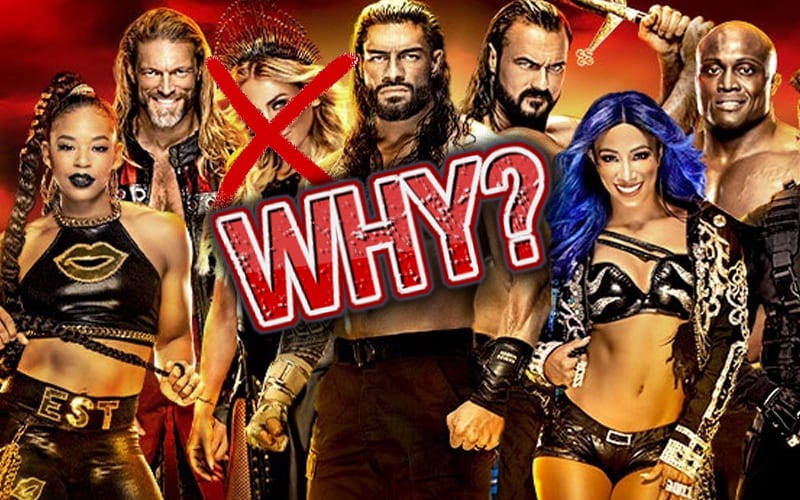 WWE removed Charlotte Flair from the WrestleMania graphic. That started a wave of conspiracy theories about her status with the company. It turns out that she tested positive for COVID-19.

According to PW Insider, WWE made the call to nix Charlotte Flair from the WrestleMania graphic out of precautionary reasons. They were concerned that she might not make it back in time for WrestleMania.

WWE removed Flair from WrestleMania advertising out of caution in case she would not be cleared in time to return to storylines.  As we had previously reported, the Andrade-WWE release situation had no bearing on Flair not being on Raw.

This situation has nothing to do with Andrade. WWE and Charlotte Flair are not on rocky terms because they released El Idolo or because they refused to grant his release.

WWE did not want to promote someone who might not be on the show. So, they removed Charlotte Flair from the poster. It’s a nice change of pace because they have promoted matches and stars they knew wouldn’t be there countless times in the past.