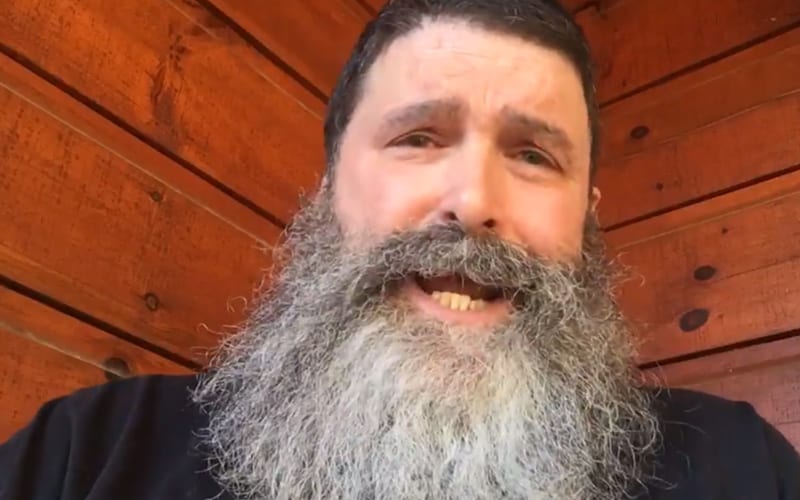 As seen on this week’s episode of AEW Dynamite, Dr. Britt Baker was interviewed by Tony Schiavone regarding last week’s Lights Out match, where Baker squared off against Thunder Rosa.

While cutting a heel promo, Baker addressed the the numerous praises she received from various pro wrestlers regarding her match against Thunder Rosa. She especially talked about the “thumbs up” Twitter video that Foley posted last week, where he tagged both Rosa and Baker.

Baker cut a scathing promo on Foley, as Baker stated that she became a hardcore legend in one night, while it took Foley two decades.

“And I don’t need the praise and admiration from all you legends and experts telling me that I’m worthy now that I’m a star now,” Baker continued. “Mick Foley, thanks for the thumbs up, except it took you 20 years to become a hardcore legend and I did it in one night.

“And that night when I had 87 thumbtacks in my back, and the blood was flowing down into my eyes, I’ve never been able to see more clearly, because Tony Khan, you’re out here looking for every legend that ever has been, when you have the biggest one right here, standing under your nose, because not only did I make history that night, I put AEW on the map, and those three letters, A-E-W, come second to the most epic three in all of professional wrestling – D-M-D.”

Mick Foley saw Baker’s promo and decided to reply to it as he said the following:

“Not going to lie…this comment from @RealBrittBaker stung a little [sleepy face emoji],”

Baker has yet to respond to Mick Foley at the time of writing. We will have to see whether she decides to reply to Foley or not.