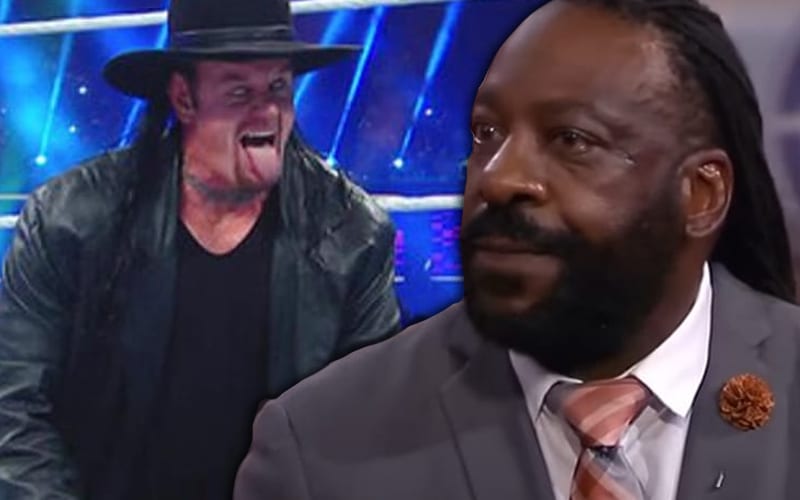 The Undertaker is a true legend in the pro wrestling world as he gave more than thirty years of his life to the business.

The Deadman ended his in-ring career after his Boneyard Match against AJ Styles at WrestleMania 36.

While speaking on his Hall of Fame podcast, WWE Hall Of Famer Booker T was asked whether WWE could induct The Undertaker into the WWE Hall of Fame next year.

Booker T said that “it’s time” that The Undertaker got inducted into the Hall of Fame and that it should happen next year.

“I think it’s time. There’s no reason to wait, and you know, we know that’s the way the ballots go, The Undertaker is retired, his name has come up. Is he a first ballot Hall of Famer? Of course. I think that would be the perfect place to actually do it, the crowd’s going to be back in the arena, it’s going to be sold out, and it would be perfect time.”