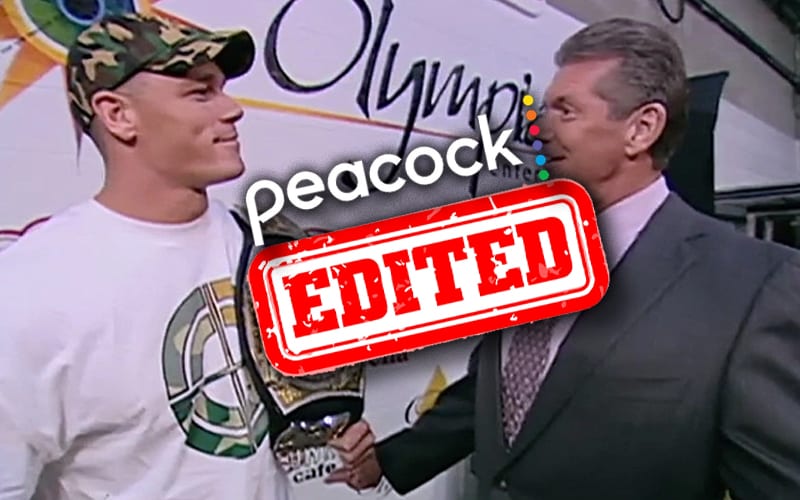 WWE Network is moving all of their content over to Peacock. The full transfer is expected to be completed by the Summer, but not all of the content is making it there.

We previously reported that Roddy Piper vs Bad News Brown was edited from WrestleMania VI on Peacock. That was the match where Piper painted half of his body black. Another controversial segment has hit the cutting room floor.

Vince McMahon used the N-Word with John Cena during a Survivor Series 2005 segment. He called Cena, “My n*****” before walking off and passing Booker T. Then the 6-Time World Champion said: “Tell me he didn’t just say that.”

The segment became famous in pro wrestling and is also a meme. Fans won’t find that bit on Peacock.

The NBCU streaming platform has edited the Vince McMahon, John Cena, and Booker T segment from the Survivor Series 2005 replays. Fans will now have to settle for the grainy versions that exist online if they want to relive that moment in WWE history.

You can check out the clip below, but we must warn you that it is uncensored. It’s hard to find because WWE keeps taking videos of the segment down. Now it is even harder to find.