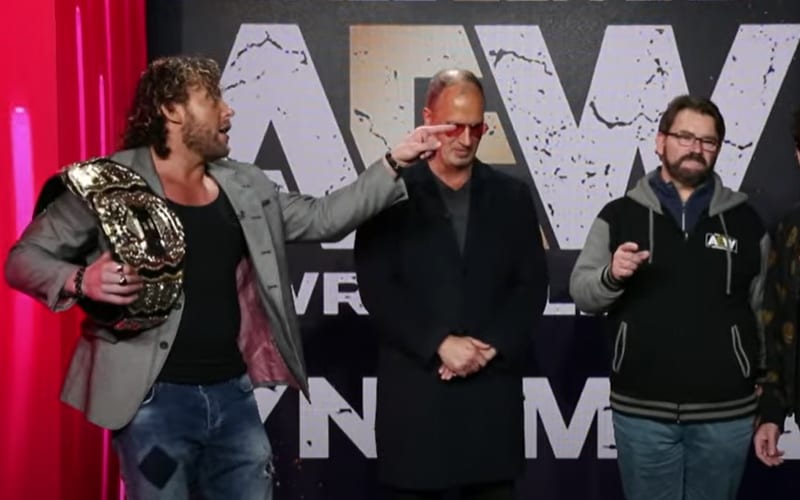 As seen on the latest episode of Impact Wrestling on AXS TV, Tony Khan and Tony Schiavone had yet another one of their ‘paid advertisement’ segments on the show.

This time around, AEW World Champion Kenny Omega and Don Callis were special guests on the segment. Schiavone announced that on Wednesday’s AEW Dynamite, Omega will square off against Matt Sydal in an AEW World Championship Eliminator Match. If Sydal wins, he will get a future opportunity at Omega’s title.

Omega was visibly irritated and corrected Khan for thinking Sydal even has a chance to beat him.

“No, Tony. See, I did the math. There’s approximately a zero percent chance of that happening.”

Omega then shockingly walked out on the segment while Khan and Schiavone carried on with the segment themselves. We will have to see whether Matt Sydal can defeat Kenny Omega on tomorrow’s episode of AEW Dynamite.