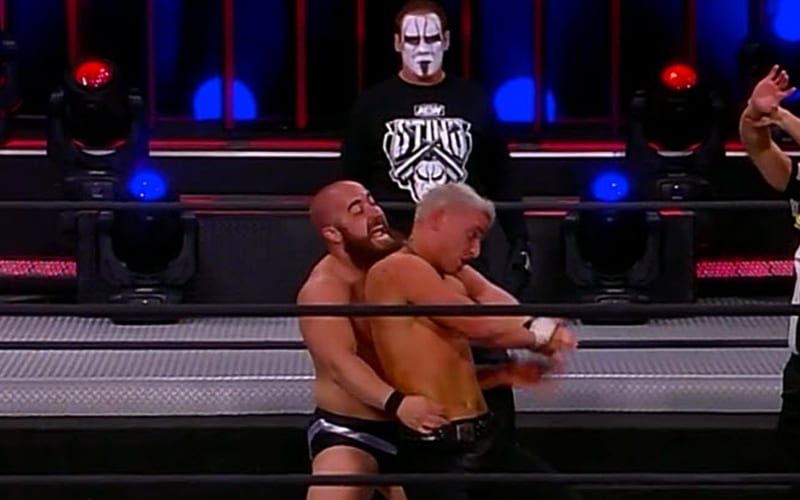 AEW Dynamite concluded with a TNT Title match between Darby Allin and John Silver. Allin won the match, but Silver also gained a ton of respect.

Following the conclusion of Dynamite, Darby Allin cut a promo for the live crowd. He was speaking directly to John Silver where he revealed that he’s “pretty sure” Silver dislocated his shoulder during that match, “but goddamn did he put everything into it.”

We have not heard anything official regarding John Silver’s injury, but he seemed to be favoring his shoulder in the video.