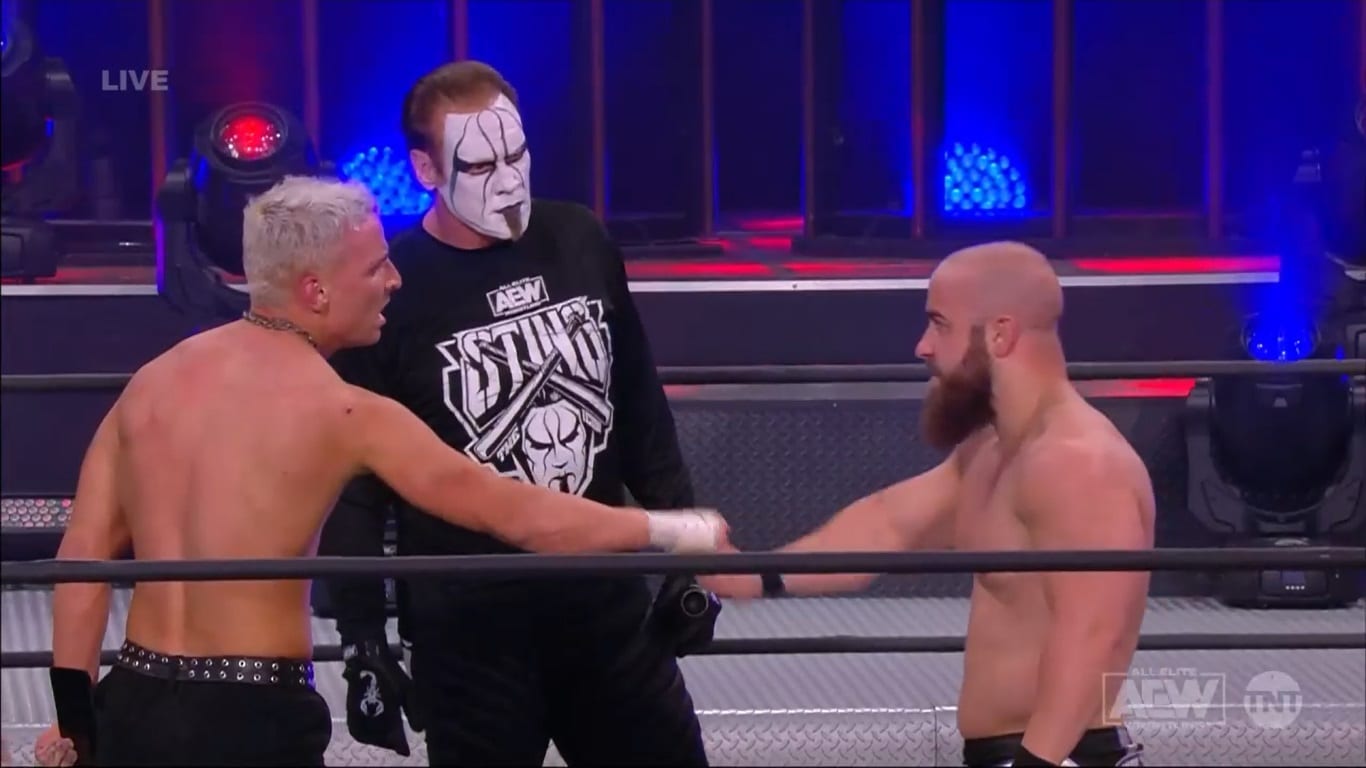 As seen on this week’s episode of AEW Dynamite, the main event of the show saw John Silver challenging Darby Allin for the TNT Championship.

Despite a valiant effort from Silver, he was unable to defeat Allin for the title. However, he did gain a lot of respect. Unfortunately, there were fears that Silver got injured during the match as Darby Allin was pretty sure about that fact.

After the end of the show, John Silver took to Twitter and confirmed everyone’s fears as the Dark Order member revealed that his shoulder is messed up but it isn’t believed to be too serious.

Came up short tonight. Shoulder is messed up. Doctor doesn’t think it’s too serious but I’ll keep everyone updated once I know.

We hope John Silver will be able to make his in-ring return sooner rather than later. We will keep you updated on his condition.