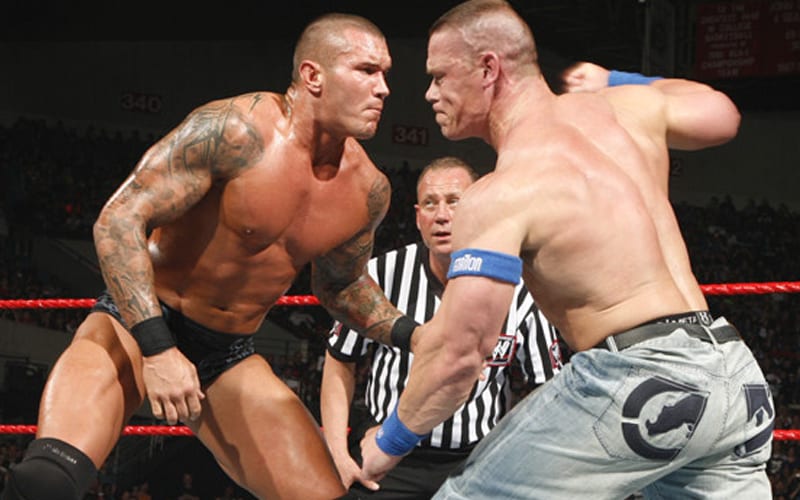 Randy Orton has been through a lot in the past twenty years with WWE. His story is still being told and John Cena was there for a lot of that time.

Cena saw Orton’s Broken Skull Sessions episode, one that The Viper had to pull for, and the 16x World Champion was obviously entertained. He sent out a tweet to put Orton over in a big way for his interview with Austin.

I’ve known @RandyOrton for nearly two decades and have been vocal about his in-ring ability and natural talent. This was a great interview and an honest look at the man I know, hosted by @steveaustinBSR who has seen it all & done it all in @WWE. GREAT interview. @peacockTV

We’ll have to see if Steve Austin ever scores a sit-down interview with John Cena. It obviously didn’t happen this time around. Cena can’t even make WrestleMania due to the fact that he is in Canada filming the Peacemaker spinoff series for HBO Max.