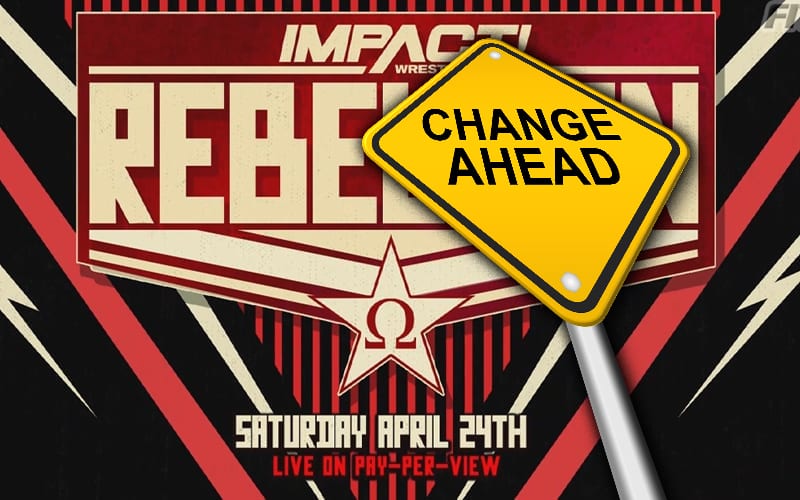 Impact Wrestling has a date coming up that directly conflicts with the first night of WrestleMania. The company changed the date for an upcoming event, but they’re not changing the one that is running on the same night as WrestleMania.

The company announced that they have change the date for their upcoming Rebellion event. That is the pay-per-view which will feature Kenny Omega vs Rich Swann in a title vs title match.

BREAKING: #IMPACTRebellion, featuring the HISTORIC @KennyOmegamanX vs. @GottaGetSwann TITLE vs. TITLE match, will now be held on Sunday, April 25!

It’s unclear why Impact Wrestling changed the date for their Rebellion event. It was previously set for Saturday, April 24th. Now they are running a Sunday Night pay-per-view.