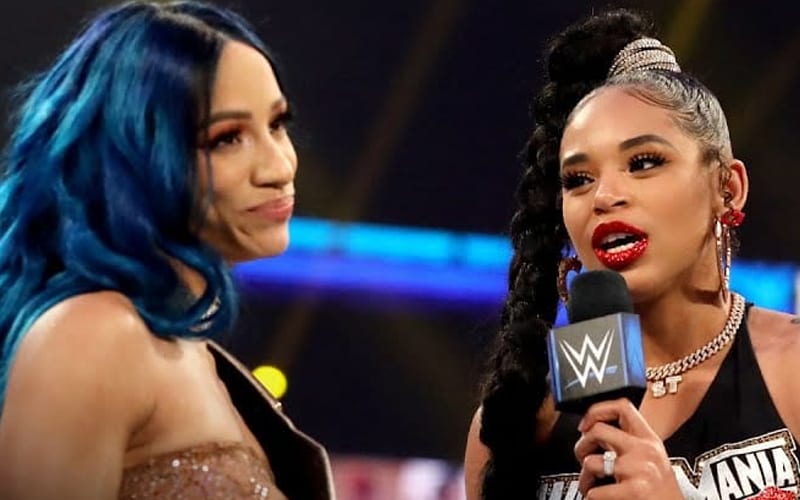 Bianca Belair won the Women’s Royal Rumble match and earned the right to challenge a champion of her choosing at WrestleMania 37.

Belair ultimately chose Sasha Banks for her WrestleMania opponent. Their match has been confirmed for Night One of WrestleMania.

While speaking to GiveMeSport, Bianca Belair stated that her match with Sasha Banks deserves to be the main event of WrestleMania 37.

“I’ve been seeing a lot of fans putting it out there, saying, ‘Oh yeah, Bianca and Sasha are going to main event night one of WrestleMania.’ They’ve been putting that out to the universe so I hope it happens. I would love to be in the main event. That’s the dream in WWE. What more could you ask for in that moment? It’s a dream I’ve always had. We’re already creating history by being the first two Black females to have a title match at WrestleMania, so it’s just amazing. We represent two alpha-females and to do it on the grandest stage of all, in the main event… why not?”

With Bobby Lashley and Drew McIntyre’s WWE Championship match also taking place on the same night, it is unsure whether Belair and Sasha Banks will close out the show. We will have to see whether they can main event WrestleMania 37.