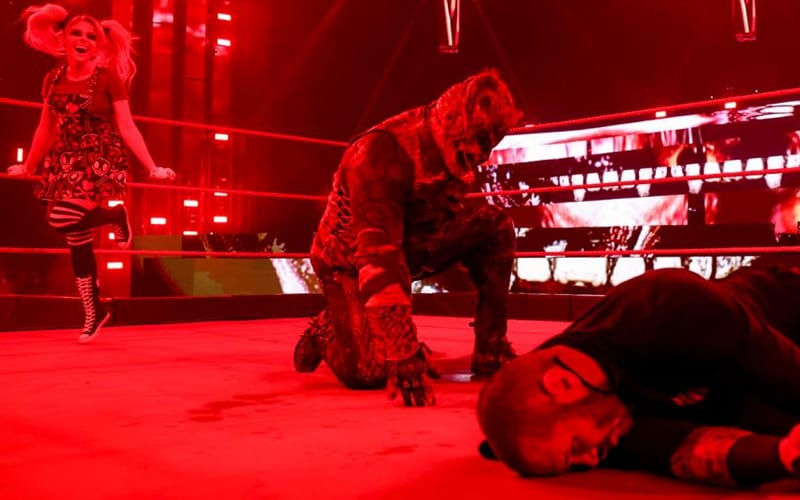 Randy Orton took out a lot of Superstars with his dreaded punt to the head including a wrestler named Husky Harris. We have no idea what happened to Husky Harris, but he looks an awful lot like Bray Wyatt. The Fiend hasn’t forgotten.

Wyatt posted a still image from the night that Orton took Husky Harris off the main roster. This started a rebuilding process for the future Bray Wyatt and he continues to reinvent himself.

While using a quite from The Joker, Bray Wyatt made his message quite clear.

Someday someone will break you so badly that you’ll become unbreakable.

Bray Wyatt and Randy Orton will battle at WrestleMania. No stipulation has been placed on their match yet, but we can only imagine that WWE has something special in mind. The two sere supposed to battle at Survivor Series, but they made the call to stretch things out until the show of shows.