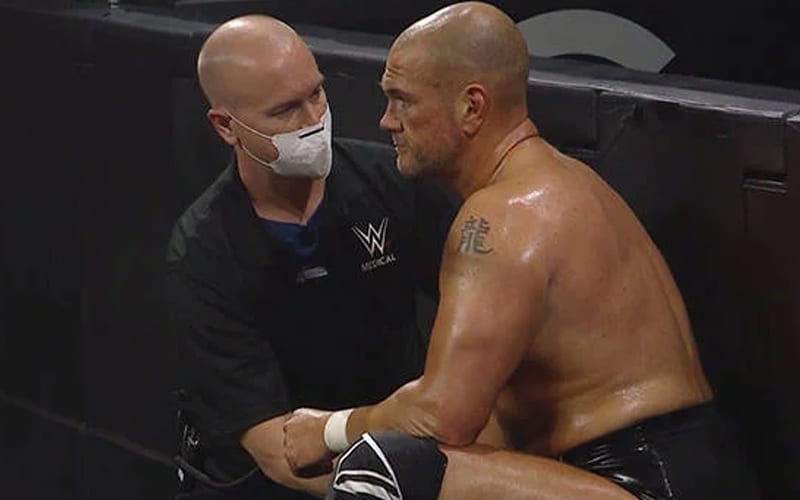 Update: William Regal has announced that the NXT Tag Team Titles have been vacated.

Original: Danny Burch suffered an injury during the first part of the main event match during last week’s episode of NXT. The update isn’t good at all.

The NXT Champion is out of action with a separated shoulder. Matt Camp posted a photo of Burch’s X-Ray and this injury is legit. Now William Regal will have to update fans about what they will do from here.

As first reported on the #NXTInjuryReport, @strongstylebrit suffered a shoulder injury and I can now confirm, along with the following X-ray, that Danny suffered a separated shoulder. @RealKingRegal told me he will be providing an update shortly to the NXT Universe.

No timetable was given for Danny Burch’s return to action. Hopefully, he won’t be out for long, but it might be enough time to cost him and Oney Lorcan the NXT Tag Team Titles.