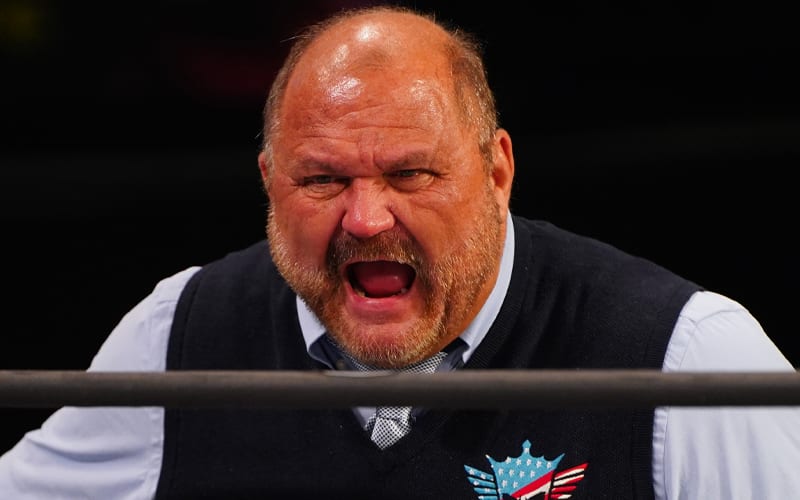 The world of professional wrestling is an ever changing landscape as it continues to change throughout the different eras. One of the biggest criticisms of the modern-day pro wrestling era is the devaluation of finishing moves.

While speaking on the ARN Podcast, WWE Hall Of Famer Arn Anderson talked about the high number of false finishes in pro wrestling nowadays. Anderson explained why he preferred finishers from the older days.

Brock Lesnar got over on the fact that if he hit one F5, you were beat. We set up finishes for a reason so that you can build drama, work towards that finish. The drama is you don’t quite get to hit it and that’s why you didn’t win that night. Had you hit that particular move, you would’ve won. Not that you hit it 4 or 5 times and the guy kicked out because guess what, it’s no longer a finish.

Anderson added that fans are desensitized to finishers as a result of frequent kickouts. He also explained why there is such a change in the pro wrestling business lately.

“I think the kids are all trying to do the best they can and go higher and further, so they can get over with you guys. They haven’t had an opportunity to get a microphone and week in week out, for 52 weeks a year, have something to say to the audience, compound that out year after year, that’s how you get over. They’re trying to bum rush it by doing a high wire act. As you know, you get to a point where you are desensitized to it as a fan, now what

Many fans have criticized NXT for having too many false finishes, comparing them to a video game. We wonder whether that will be changing anytime soon.