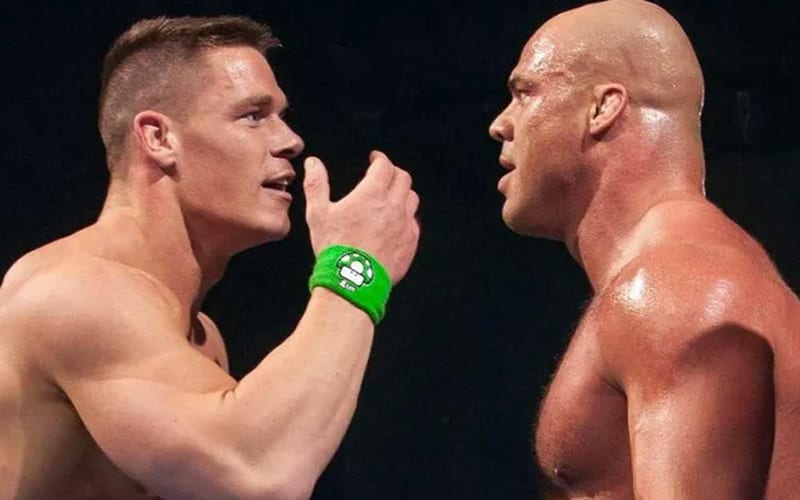 WWE Hall Of Famer Kurt Angle is a true veteran in the world of professional wrestling. Many fans remember his feud with John Cena which took place during the Ruthless Aggression era.

While speaking on the ARN Podcast, Arn Anderson talked about working with John Cena during the early days of his WWE career.

Anderson recalled the time Kurt Angle legitimately beat up John Cena in a match after Cena went off script.

He was wrestling Kurt Angle, as we know Kurt Angle is the real deal, he’s an assassin,” Anderson mentioned. “All of a sudden I see John, out of nowhere during a random time in the match he roles out of the ring, goes over the rail about 15 rows deep, grabs one of those big foam hands and folds it into a bird and points it at Kurt Angle. The audience popped, but as he gave it back and came over that rail to rejoin the match, guess who was waiting on him and not too happy about what just happened? That would be Kurt Angle and he proceeded to beat John half to death.

“He got a little stiff and snug with him because it was something that did not work in the match, it was unprofessional, it was just a foolish thing to do during that point in the match. It’s just one of those things that goes through the learning process, if you learn from those mistakes you can accelerate and move forward.”

John Cena definitely learned his lesson as he went on to become the face of WWE for more than a decade. It is not known when Cena will make his return to WWE.