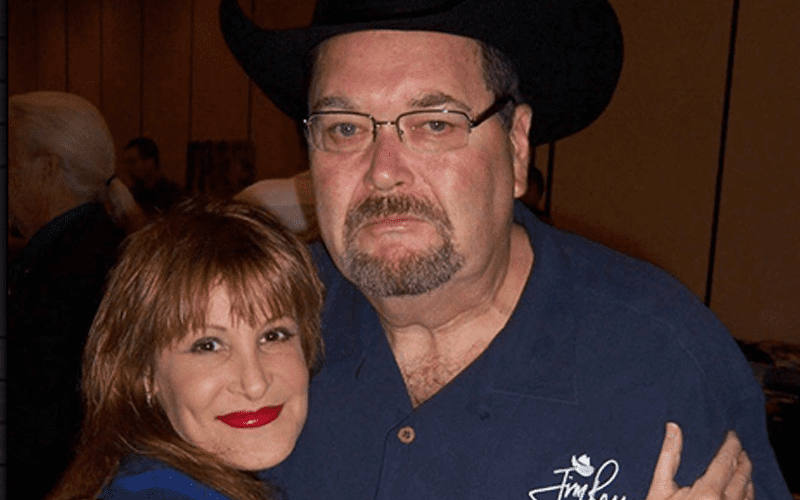 Jim Ross’ wife Jan passed away four years ago today. Her death was an absolute tragedy that could have been avoided, but Ross had to carry on in her memory. He took sometime to publicly remember Jan today.

The WWE Hall of Fame announcer dropped a message on Twitter that touched the hearts of everyone who saw it. Along with some photos of memories they shared together, Jim Ross included a very touching tribute caption.

Still can’t believe that she’s gone but we had 25+ amazing years together for which I’m eternally thankful.

She would have loved my gig at
@AEW
and living on the beach.

Jan made me a better man.

Jan Ross is gone, but she will never be forgotten. Jim Ross was able to carry on and he’s done great things since. It’s sad that Jan couldn’t see this career resurgence with AEW, but she’s certainly cheering on for him from above.