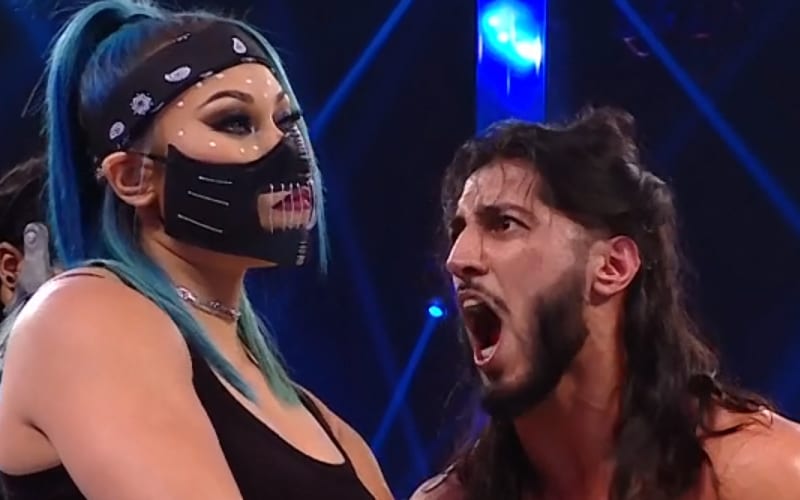 WWE has been teasing Retribution’s breakup and it finally happened at Fastlane. They have at least kicked Mustafa Ali out of the group.

Matt Riddle successfully defended the WWE United States Title against Mustafa Ali during the Fastlane kickoff show. It was a taxing match, and Riddle left victoriously.

After the match was over, Mustafa Ali screamed at Retribution for failing him. Then Reckoning walked forward and turned her back on Ali. She left and then Slapjack followed her.

Ali was then left in the ring with Mace and T-Bar. They hit him with a double chokeslam and left him on the mat. Tom Phillips then asked “did Retribution just get shut down?” on commentary.

It seems that the faction kicked Mustafa Ali to the curb at Fastlane. We will have to see what awaits the future of the faction as a whole.