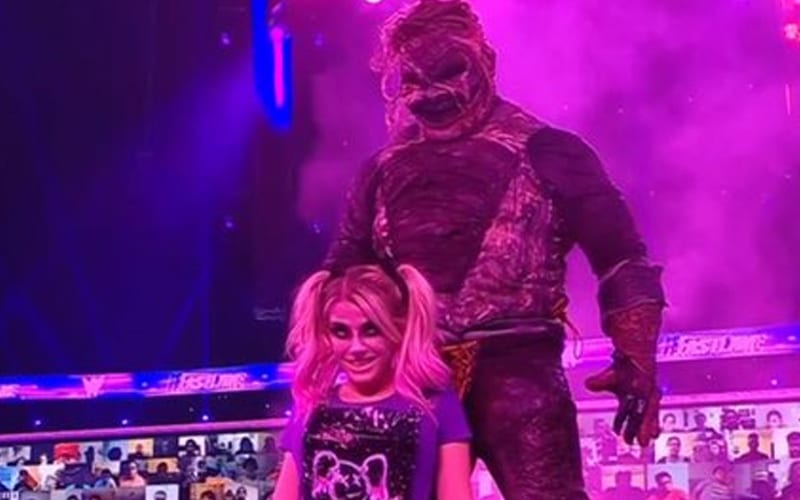 WWE’s final pay-per-view before WrestleMania went down tonight. Anything can happen on the road to WrestleMania, even returns.

Alexa Bliss and Randy Orton were set to face off against each other at Fastlane. This resulted in a lot of Orton chasing Bliss around the ring.

Then a hand popped up from the ring mat and Bray Wyatt’s Fiend emerged. We last saw Wyatt’s Fiend when Orton set him ablaze. Wyatt’s new look displayed that exactly.

Wyatt nailed Randy Orton with a Sister Abigail and got the win for Alexa Bliss. After the match, Bliss and burned Bray Wyatt’s Fiend posed over a defeated Viper.

It seems that Randy Orton and Bray Wyatt are destined to battle at WrestleMania once again.