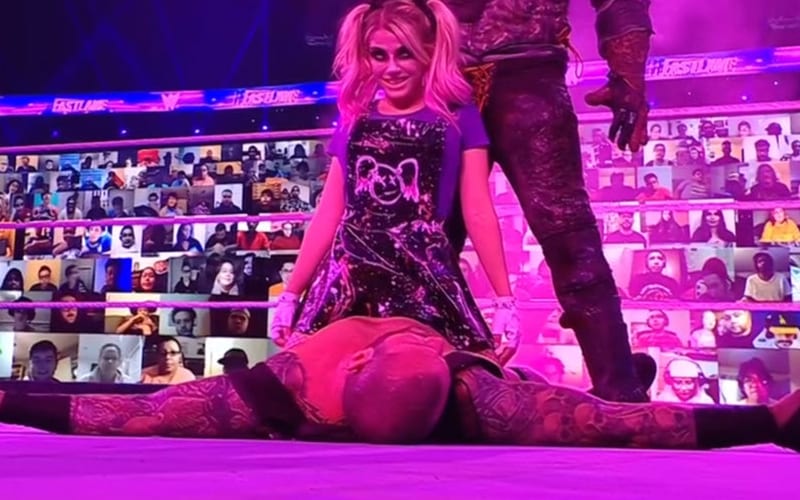 WWE Fastlane featured a match that ended with Alexa Bliss straddling Randy Orton in the middle of the ring. His wife Kim didn’t appreciate that.

Kim Orton fired of a tweet toward Alexa Bliss to inform the WWE Superstar that she didn’t appreciate how her husband was treated at Fastlane. She had some rather colorful language to make her point as well.

Kim Orton is very outspoken and protective of her man. Randy Orton can handle The Fiend, but if he brings Kim into things then we could have an interesting mixed-tag match opportunity for WrestleMania.