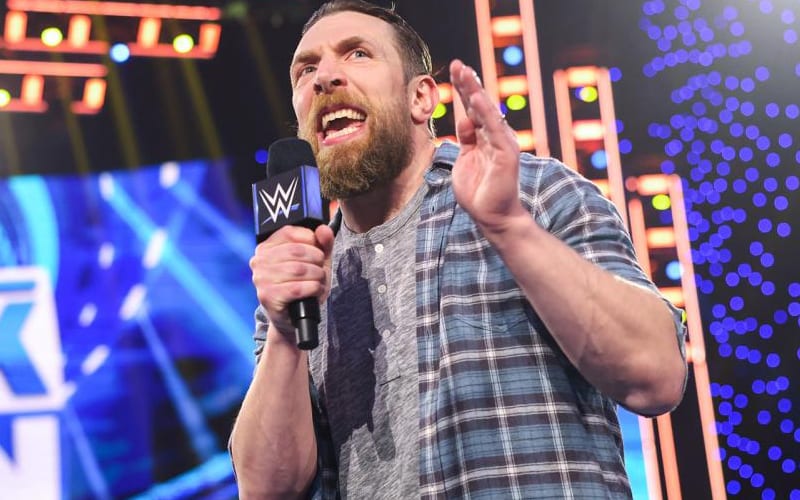 Daniel Bryan has achieved a lot of success in the pro wrestling business. He has a huge match set for Sunday’s Fastlane event that could see him become WWE Universal Title if he can topple Roman Reigns. He isn’t a WWE Hall of Famer yet, but he is listed as one.

WWE Network is moving everything over to Peacock and the NBCU streaming platform. The OG WWE Network is still up and running for now. Bryan is in the 2021 Class of the WWE Hall of Fame on the WWE Network.

Daniel Bryan has his own listing called “This Is Daniel Bryan.” It also notes “WWE 2021 Hall of Fame inductee” under his name.

We have not heard that Daniel Bryan will be inducted yet. This might be a confusion because Daniel Bryan’s wife Brie Bella was set to receive an induction last year, and it stands to reason the the Bella Twins will get an induction this year as part of the ceremony’s do-over.

This could be yet another instance of the right hand not knowing what the left hand is doing in WWE. It might also be an example of Peacock releasing information early. You can check out the graphic below. Stay tuned.