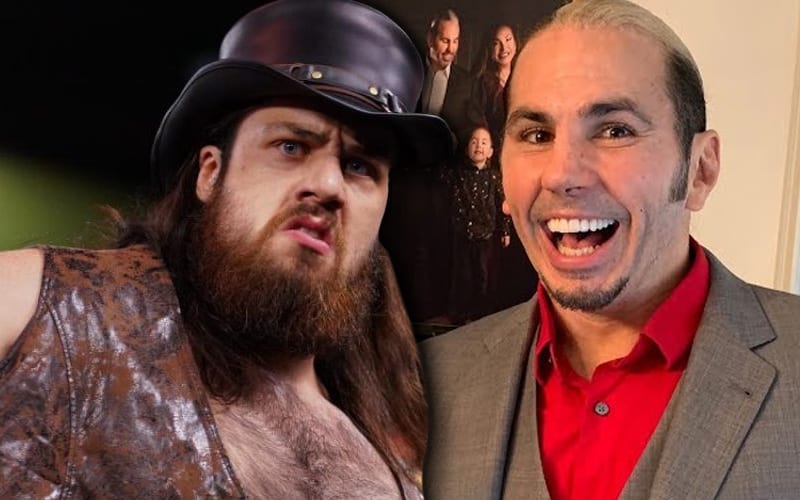 Cameron Grimes has a new gimmick in NXT where he is a rich man, parodying The Million Dollar Man whenever he can. He actually did make a lot of money off Game Stop stock, but is he richer than the Hardy Boyz?

Grimes signed with WWE in 2019, but he was around the pro wrestling world for years prior to that. Matt Hardy posted a throwback photo of himself with Jeff Hardy and Cameron Grimes from 2013. He also included a pretty funny and topical question.

Grimes responded to Big Money Matt by saying: “Easy to stay rich when I’m living rent free in Big moneys head! No disrespect Matt but you can #KissMyGRITS”

We’re not certain exactly how much money Cameron Grimes made off his stonk market investments. Odds are he isn’t rolling in Hardy money just yet.