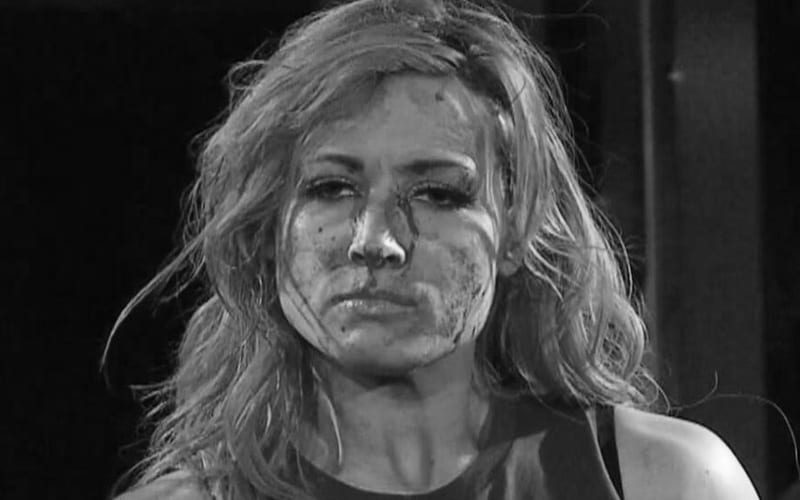 Becky Lynch has yet to make a return to the ring since giving birth in December. You can never say never on the road to WrestleMania, but The Mom is still at home with baby Roux.

Many fans mark Nia Jax breaking Becky Lynch’s nose as a defining moment in her career. Some say that is when she really became The Man. Daniel Bryan recently discussed this huge moment for Lynch with Sports Illustrated, but he had a very interesting detail to reveal: Lynch doesn’t remember it.

“It’s really interesting, I was talking to Becky Lynch about this. She had that amazing moment where her face got busted open and she’s bleeding, she’s in the crowd, and it’s this magic moment that makes Becky, but she barely remembers it because she got smashed in the face. It’s one of those things where I watch it on YouTube, and it’s cool, but I really don’t have any real recollection of it.”

Becky Lynch is likely to have many more big moments in a WWE ring. Hopefully, she will be able to remember the rest of them. This also shows how hard Nia Jax hit Lynch with a worked punch that took her out of a Survivor Series match against Ronda Rousey.