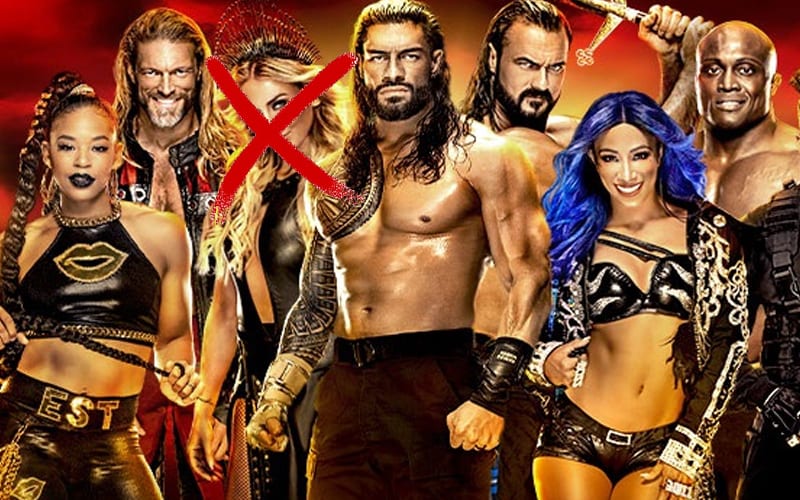 Charlotte Flair is a very busy woman. She is a top WWE Superstar and she is also slated to star in the Walking Tall reboot. For some reason, she disappeared from the WrestleMania poster.

Flair was featured on the WrestleMania poster between Edge and Roman Reigns. This was a great spot for The Queen to be in, because even RAW Women’s Champion Asuka wasn’t featured on the graphic.

Now, for some reason, Charlotte Flair no longer appears on the poster. She has been totally taken out of the picture Back To The Future style, like she was never on there in the first place.

We will have to see if this changes up WWE’s projected booking for the show of shows. She was previously set to face Lacey Evans for the RAW Women’s Title. Evans was set to win that title from Asuka, but her pregnancy caused that angle to be dropped. It was then assumed that Flair would step up and face Asuka instead.

This doesn’t mean that Charlotte Flair is off the WrestleMania card, but it is a very interesting edit to make on the official poster. You can check out both graphics below to compare.