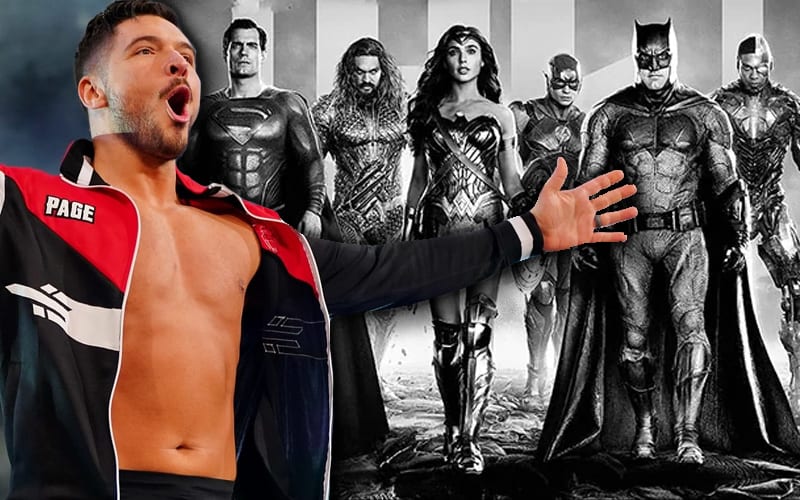 AEW star Ethan Page is a huge comic book fan. Longtime followers of his know that he has an action figure collection that rivals a Toys R Us. He also consumes all super hero content. That meant he certainly had 4 hours for the Justice League’s Snyder Cut.

The long-awaited reworking of the Justice League is finally out, and each fan has their own opinion about the end result. There was a lot of hype. Ethan Page tweeted out that he is behind this version, and he intends on putting it in his regular rotation of films.

Will definitely be watching it many more times & it’ll be a movie I throw on in the background while I work on a regular basis for sure.

Cyborg rules in this movie too!

Two thumbs up from #AllEgo

Ethan Page signed a three-year deal with AEW this year. He will have plenty of time to not only plug his Twitch stream, but become friends with everyone in the locker room who share his taste for comics and collectibles. He might even get to arrange a screening of the Snyder Cut if he asks Tony Khan nicely.