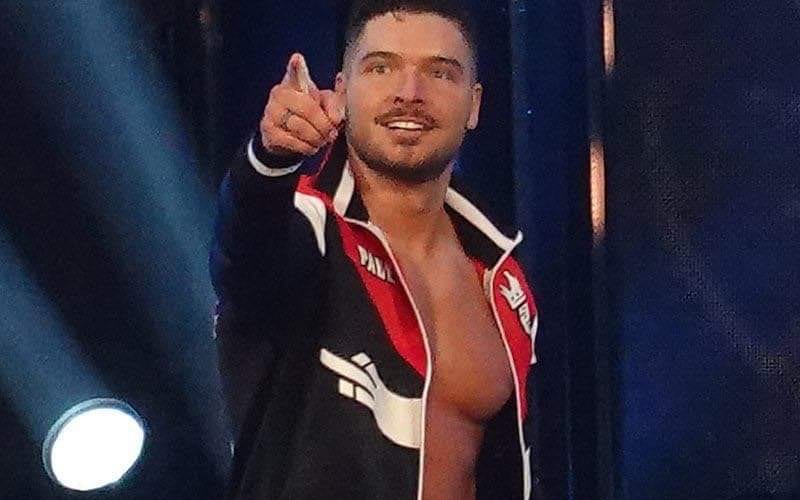 Ethan Page surprised fans when he debuted for AEW at Revolution. He did not win the Face of the Revolution ladder match, but the former Impact Wrestling tag team champion did make a big statement in the process.

During an interview with the Hamilton Spectator, Ethan Page revealed that his deal with AEW is a three-year contract. He also has big goals to become the biggest name to come out of Hamilton.

Boasting great names like The Missing Link and Iron Mike Sharpe, Hamilton is rich in pro wrestling history. It is Ethan Page’s mission to become a bigger name than all of the rest.

“Not to step on the toes of anyone that’s come before me but my goal has always been to be a bigger name than (them).”

Ethan Page is just getting started in AEW. His first match on Dynamite was somewhat ruined by the NBA bleeding into the feed. That hopefully won’t become a trend for All Ego, but if they keep up that glitch it might become a frustrating part of his gimmick, for sure.