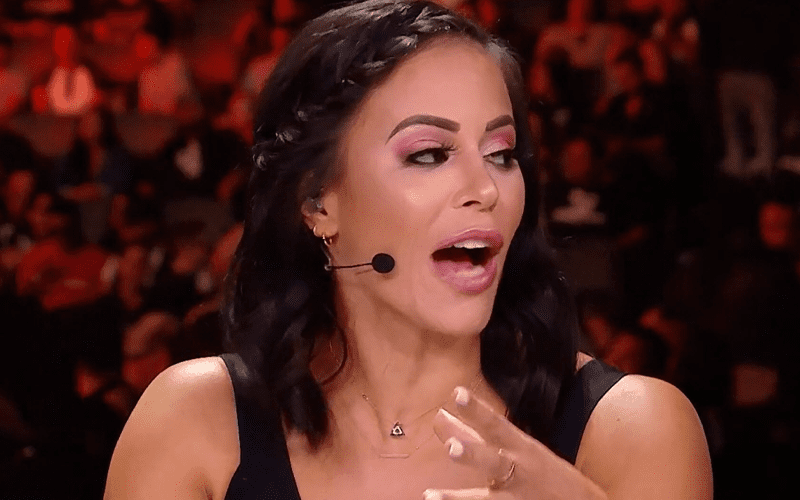 Charly Caruso was removed from WWE television, reportedly after backstage heat caused an issue. She was late for some interviews with top Superstars like Randy Orton and Sheamus. Now we’re not seeing Charly because Vince McMahon said so.

We’re not certain what is going on with Charly Caruso’s WWE contract. She does split her time with ESPN. Charly popped on Instagram to share a memory about a year ago today when she “migrated south” with other 40 pairs of contacts with her.

A year ago today when I packed 40 pairs of contacts (thinking I was overreacting end would be home within two weeks, boy was I wrong), migrated south and made @mlamon45 my Instagram hubby. (He quit after one shoot.)….These emotions would not accurately portray my emotions in the days forthcoming

We’ll have to see when Charly Caruso appears next. She seems to be doing well right now, regardless of whether Vince McMahon is using her.