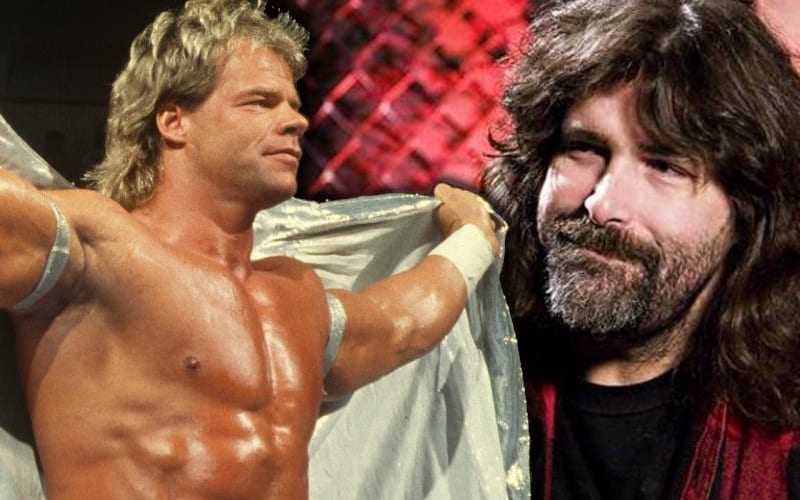 WWE is starting to announce their inductees of the 2021 Class for their ceremony on April 6th. Mick Foley already has a Hall of Fame ring, and he wants to see Lex Luger join him.

Mrs. Foley’s Baby Boy tweeted out to say: “Tonight, I will begin working on an article where I make my case for Lex Luger for #WWEHOF2021” The Total Package himself saw this tweet and replied: “Wow Mick !! Such kind words. #Gratful.”

Mick Foley already told Luger that he was going to write this article years ago. Now he is getting around to it.

Lex – this is the article I mentioned to you that I wanted to write a few years ago. I figure if I say I’m going to do it publicly, I have to actually follow through! And I will.

We’ll have to see if Lex Luger gets an induction this year. He certainly made his mark on WWE History, and they might even get to see if the Lex Express still starts up to give him a proper ride to the event.