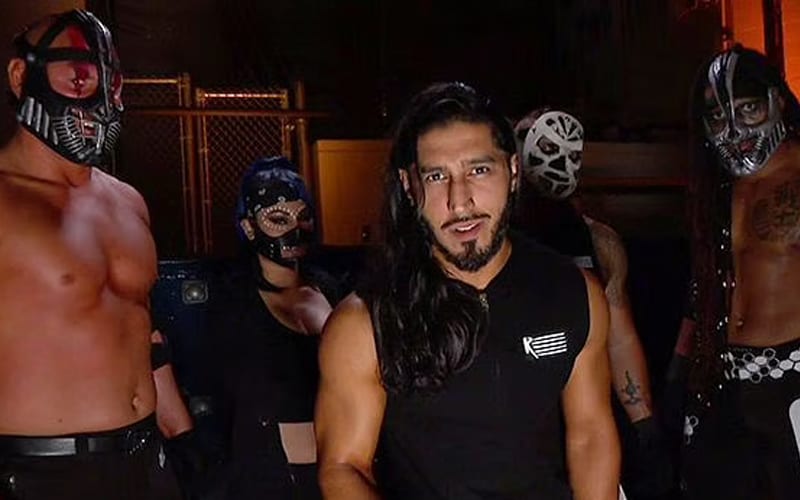 WWE introduced Retribution as a stable of heels determined to destroy the company from the inside out, but what is their motivation?

While speaking to TV Insider, Mustafa Ali went into what Retribution is missing. They don’t have the backstory needed to really sink their teeth into the storyline yet. They have been given some television time, but their true motivations haven’t been addressed to really give depth to their characters.

“The talent is there. The biggest obstacle and challenge the group faces is the ‘Why.’ Who are we? Why are we here? What’s our vendetta against WWE and corporate infrastructure? We have not been able to tell that story. Retribution is still an opportunity to be on TV every week. We’ve done stuff, and everyone is aware who is in the group. But we’re not able to address who we really are. I haven’t explained why I’m the leader and what power I hold over these people. I’d like to do so. The fans have been left to connect the dots, which I never like to do. It’s a three-hour show. Stuffing 5,000 pounds into a five-pound bag isn’t going to work. We have to take our time. We’re doing the best with the time we’re given.”

Retribution took over WWE’s Twitter account and they dropped videos to explain their personal motivation. That was about as far as they were able to go, but they never got to tell those stories on RAW. We’ll have to see if things change, because Retribution still has a lot of unaddressed angst for the WWE locker room.