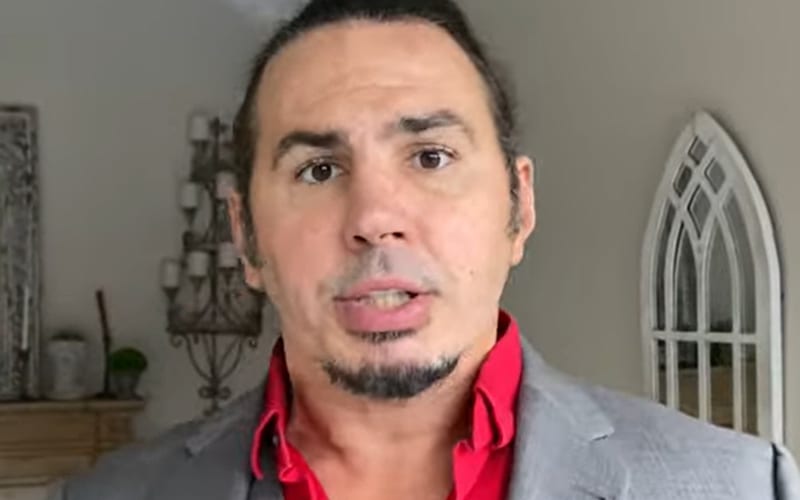 Tony Khan is the president of AEW and is in all purposes a rookie booker in pro wrestling. Khan was recently on the receiving end of negative backlash after he went after pirated videos on YouTube.

It seems Matt Hardy decided to defend Tony Khan. On Sunday, Hardy said he was happy to see an “internet nobody” being put in the mud by Khan for illegally pirating videos. Due to this a fan called Matt Hardy a “f****** a******”

Hardy decided to hit back at the fan by stating that there is a lot of jealousy and disdain towards Tony Khan for betting on himself and succeeding.

“Nah. What’s gross is when people make fun of injuries that myself & @AEW performers incur while busting our asses to entertain. What’s gross is the disdain & jealousy towards Tony Khan for betting on himself, succeeding & making the wrestling industry a better place. #DFE.”

Another fan called Hardy a privileged “POS” and Hardy decided to put the fan in his place.

Cupcake, do you know what PriViLegEd means? I grew up in poverty & knew no one in wrestling. I’ve EARNED everything I have. I’ve sacrificed my health for this biz & what I’ve EARNED.Make malicious fun of my sacrifices & job that feeds my family? GFY!P.S. I’m a heel, dumbass.

Tony Khan will undoubtedly continue to learn the ropes to become a better booker in AEW and produce the best content possible. Matt Hardy will certainly have his back no matter what.