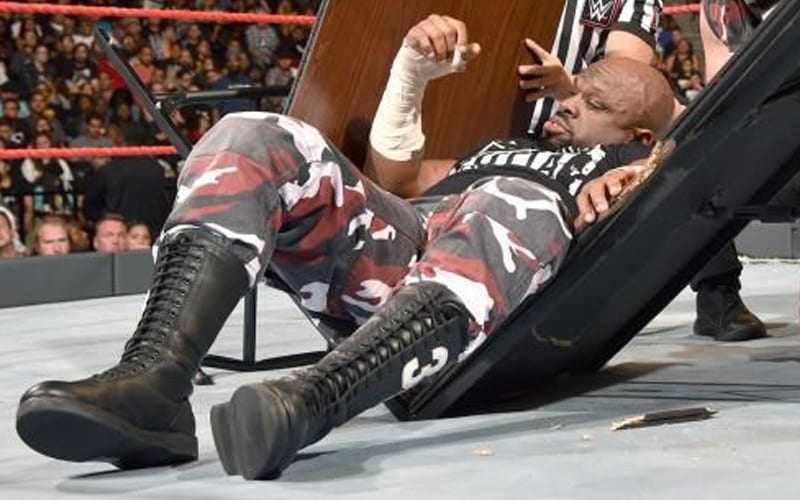 D-Von Dudley has been a part of many legendary moments, both in the ring and behind the scenes. He’s also famous for getting the tables whenever his brother Bully Ray calls for them. According to D-Von, ladders are what people should really be worried about.

During a recent episode of Table Talk, D-Von discussed whether he has another TLC match in him. The answer is likely no. He talked about the weapons involve, and he really put over ladders in the process.

“People do not realize how much that stuff really hurts. I was hungry back then, younger, and more energetic, so it didn’t bother me. Now, when I look at it, I’m like ‘oh my god.’ I don’t know if I could do another TLC match. The fans do ask for it, but I do not think they realize the mindset that you must have to get into one of those matches. People ask me what is the worst out of the three: chair shots, ladders, or tables. In this order; the ladders.”

“I don’t like to get hit with steel. It does not feel good at all. I’m going to contradict myself when I say the chair because I’ve taken so many headshots that I don’t even know my name at times. The chair shots don’t hurt as much as the ladders do — they hurt. You put your hands up to try to block it and everything is exposed. You have a little bone in the wrist — when the metal catches it on the wrong place — ouch. The tables … they feel like home to me.”

Taking any punishment during a TLC fun isn’t fun. D-Von Dudley does have plenty enough experience to know which weapon makes him feel much worse the next day. Ladders are apparently not to be messed with. This also puts Money In The Bank matches in a brand new light as well.