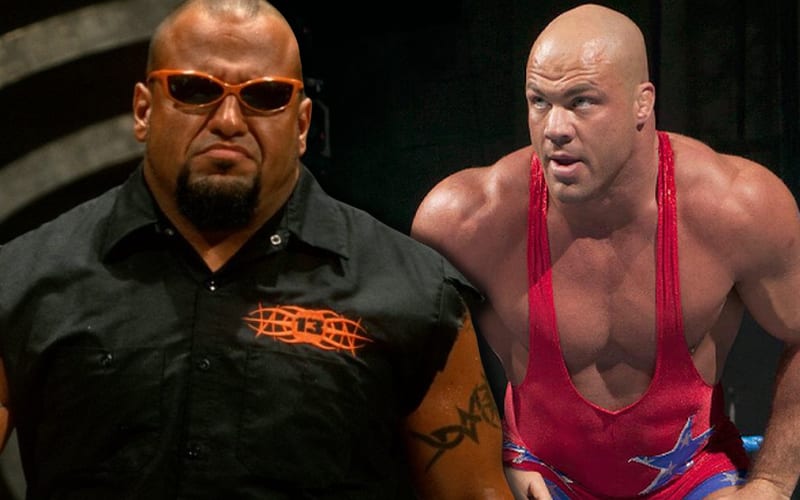 Pro wrestling legend Taz had a very memorable debut in WWE. When he made his debut at the 2000 Royal Rumble, fans were elated to see him. He squared off against Kurt Angle who was undefeated at the time.

Taz would go on to win the match and look impressive in the process. However, Taz’s run in WWE was ultimately a letdown for many as Vince McMahon stopped pushing him in the early 2000s after several complaints were made against Taz.

While speaking ‘The Kurt Angle Show’, WWE Hall Of Famer Kurt Angle talked about his match against Taz at the 2000 Royal Rumble pay-per-view. Angle noted one particular spot during the match in which Taz suplexed him and Angle almost landed on his head.

“Taz was not dangerous. That was my idea. I told Taz to give me a German suplex and throw me really high in the air, and I would flip over to my stomach. I wanted to do a moonsault German suplex where I landed on my stomach. I thought it looked really vicious and brutal. So, that was all my call. I’m not sure why Taz didn’t tell the office that I’m the one that chose the move. Taz was never dangerous with the suplexes. He was relatively safe. I never had a problem with him.”

Taz would become a staple of the WWE commentary team until eventually leaving the company to work elsewhere. He is currently the leader of Team Taz in AEW and continues to build  Ricky Starks, Brian Cage and others.